TITLES: WHY WE CAN'T HELP JUDGING A BOOK BY ITS COVER 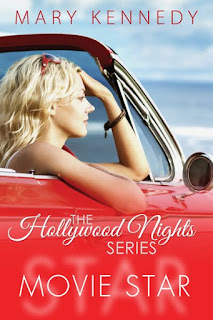 Can book titles and movie titles make or break a project? Yes! After 47 books, I've had some winners and losers. (naturally, I'd rather talk about the winners).  When I first wrote MOVIE STAR, above, it was published as Confessions of an Almost Movie Star. In spite of the playful title (or who knows, maybe because of it) it won an award and $6.000 stipend from The National Endowment for the Arts for "artistic excellence in literary fiction." I used the money to cross the country, speaking at schools, libraries, military bases and Indian reservations. When it went out of print, I reclaimed the rights and published it as an e-book. But I shortened the title to MOVIE STAR so a tiny version of the cover would fit in sales catalogues.

Secrets of a South Beach Princess was changed to GOLDEN GIRL. I hated to lose the South Beach angle but the title was just too long! 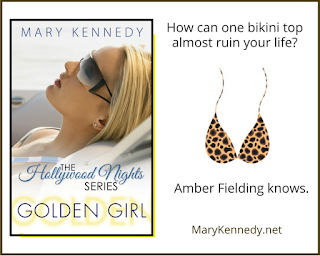 Coming up with a book title is a collaborative effort and the editors and sales teams at Penguin/Random House have terrific ideas. For my current mystery series, the Dream Club Mysteries, they decided that "dream" and "murder or death" should appear in every title. Not easy to accomplish!

I came up with the first one, NIGHTMARES CAN BE MURDER and the third one, A PREMONITION OF MURDER. My editor stepped in with DREAM A LITTLE SCREAM when I drew a blank on a title for book 2.

A lot of metrics go into coming up with a title. When I wrote LOVE SIGNS, a "young teen" novel, I learned that books with the word "love" in them sold 30 percent better than books without the word. Since the book is about a girl who is fascinated by astrology and charts her relationships by the alignment of the stars, LOVE SIGNS was a good choice. 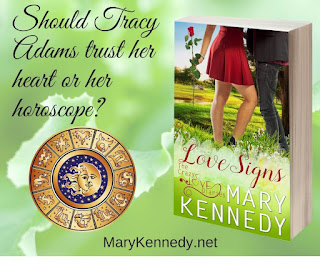 Titles for my Talk Radio Mysteries have followed the same pattern.  The trick was to come up with titles that reflect the content.  How to describe the series?  Frasier Meets Murder She Wrote. Dr. Maggie Walsh, a New York psychologist, closes up her Manhattan office to become a radio talk show host.(like Frasier) And she solves a murder in every book (like Jessica Fletcher.)  The covers have a south Florida feel and the titles usually include "talking" and "murder." If you're doing a series, it's good to have the covers consistent. It reminds the reader that there are other books in the series and they can enjoy them all. DEAD AIR, REEL MURDER and STAY TUNED FOR MURDER are the first three in the series. 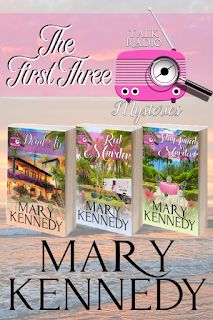 Book 4, A DEADLY FUNDRAISER has the same south Florida colors on the cover Also, there's a fun video about the book. Just click here to enjoy the video. And be sure to have the volume turned up!
https://www.youtube.com/watch?v=BFhPc6NzmF8 .

If you would like to subscribe to our Cozy Chicks newsletter, just click here and fill out the form. My fellow Cozy Chicks and I post one day a week, my day is Monday. And we never (never!) share your information with anyone! Here is the link for the form. http://oi.vresp.com/?fid=44f9edaeeb

Have a good week, everyone! Next Monday we'll talk about movie titles, the good, the bad, the ugly!