MOVIE TITLES, THE GOOD, THE BAD, THE TRULY AWFUL 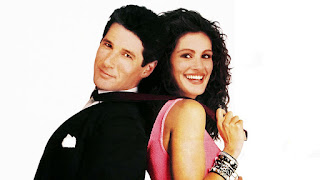 A couple of weeks ago, I wrote a blog on book titles, listing some of my own and how they came to be. If you missed that blog and would like to read it, just click here.

And now (as promised) on to movie titles. Movie titles come about the same way book titles do--the idea is to sell as much product as possible. If a title is confusing, doesn't reflect the subject matter, or is just plain boring, it has to go!

Here are a few examples. I've always been a fan of playwright David Mamet. When I heard his play Sexual Perversity in Chicago was going to be made into a movie, I was intrigued.  I wondered how it would translate to the big screen. But first I was in for a surprise,. His unusual and somewhat unwieldy title was changed to About Last Night. Was the original title considered too explicit? Off putting? Who knows. The new title is racy, but subtle. 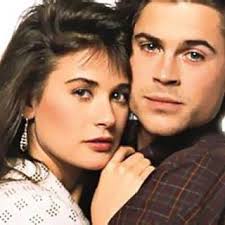 Another shocking change was the film (originally titled) Pacific Flight 121. Movie execs couldn't agree on a name. In case you haven't seen the movie, it's about a plot to kill a witness on a flight from Honolulu to LA by unleashing snakes into the cabin of the plane. After much ado, they changed the title to Snakes on a Plane. If you don't like that title, you're in good company. Samuel Jackson said, "that's the stupidest damn thing I ever heard."

If you liked the film Pretty Woman, would you have liked it as much if the title was 3000?  Yes, that was the original title, reflecting the main character's nightly fee.

Another big change was the film Hitch, starring Will Smith. It was originally titled The Last First Kiss, but the powers that be decided that sounded like a rom-com and wouldn't appeal to guys. 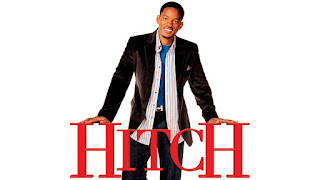 Sometimes it's wise to leave well enough alone. Back to the Future was an enormously successful movie, with an intriguing title. But The head of Universal Pictures, Sid Sheinberg, didn't like the title and wanted it changed to Spaceman from Pluto.  He sent around a memo to this effect and was mortified when everyone thought it was joke. He was too embarrassed to admit it was real, and the original title stayed. It reminds me of that quote by screenwriter William Goldman, on Hollywood. He said, "Nobody knows anything."

Occasionally a title has to be changed because a similar title is already being used. For example Goodfellas was originally titled Wiseguys. based on the Nicholas Pileggi book of the same title.( If you haven't read Wiseguys, it's terrific, by the way.)_ Then someone realized there was a TV series in the works called Wiseguys so Goodfellas was quickly substituted. 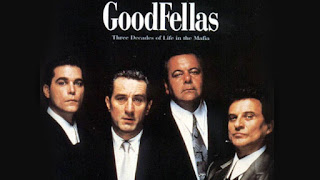 One of the most unintentionally hilarious title changes involves the hit movie Field of Dreams. The title evokes images of ghostly baseball players. You would be shocked to know that the original title (based on the book) was Shoeless Joe.  Even Kevin Costner wouldn't be able to overcome that one! 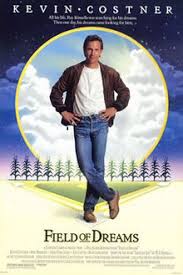 Hope you enjoyed this quick look at movie titles.

Did you know you can visit my website simply by clicking on my name at the top left corner of this blog?

My current books (about 14) are listed there, with covers, buying options and brief descriptions.
If you're on social media, you can find me on Facebook at: https://www.facebook.com/mary.kennedy.948

And of course you can find me here at the Cozy Chicks every Monday.

A lot of readers don't know that every Amazon author has an "author page." If you'd like to find an author's page, just click on their name under any amazon book title. It will take you right to their page.

Then be sure to click on the yellow FOLLOW button on the left of the screen. You will receive an e-mail alert about new releases.

You can also go to my Book Bub author page and the FOLLOW button is on the right. https://www.bookbub.com/authors/mary-kennedy-ea0ccd32-5fa6-411e-a9b0-6a98dc93b615 If you follow me, you will be notified of new releases.

Did you know you can join Book Bub for free? Just choose a few categories you like and Book Bub will send you a small selection every day (usually 5 or 6 books) at wildly reduced prices. Some are free, some are 99 cents, $1.99 or $2.99. Authors do receive a small royalty from Book Bub so you are also helping authors.