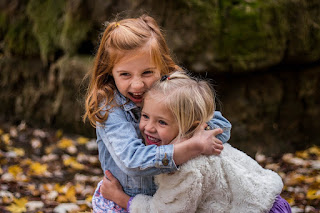 Is it only me, or do you also miss hugging? I realize some people don't like to hug, and I respect their space. I have a friend I only hug if she initiates it because hugs make her uncomfortable.

But I had to physically stop and remind myself prior to going into a store the other day that if a certain boy was working that evening, I had to restrain myself from hugging him. This boy is younger than my son and, in fact, looked up to him when my son and his brother played baseball together. He was in a horrible accident last year; and the first time I saw him after he'd been released from the hospital, I was delighted to see him. And, I believe, he was delighted to be seen. Eyes filling, I said his name, and we embraced.

And he's not the only one of my children's friends I hug on sight. When I'm in a store and hear, "Mom!," I always turn around, even if neither of my children is with me. It could be one of their friends. I somehow became a surrogate mom or aunt or friend or something to many of those kids, and I love them all. We were once in a restaurant with our son and one of his friends, and the waitress asked, "Are these your sons?" I said, "One of them is full-time, and the other is part-time."

It's not only kids, though. When people approach me at book signings and tell me how much they've enjoyed reading my books, we often hug. It's as if we share a special connection through our love of the written word and the fact that they enjoyed a story I wove.

I even hugged Butch Patrick, a/k/a Eddie Munster, at a comic con last year. I spotted him in the hallway, squealed with delight, and opened my arms. He laughed and hugged me. He later asked the comic con director (a friend of mine), "Do you know Gayle? She's a sight." LOL I was there as a vendor for the weekend, and Butch and his wife were really sweet.

A few months ago, I met with a police officer and talked with him about his job. I wanted to understand his mindset for a character I might write somewhere down the road. Anyway, I was blown away by some of the things he's seen and done--some of which were terrible and that I never would have considered. When we left the restaurant where we'd had lunch, I shook his hand, but then threw my arms around him and hugged him. Did this bear of a man need my hug of appreciation? Of course not. But I needed him to know that I did appreciate him--not only for taking time to tell me about his job but for doing things few people stop to realize that he and other officers do.

We hug for so many reasons: to show affection, to comfort, to show appreciation, to reconnect, to welcome, to say, "I'm here for you." Now, we're having to find other ways to let people we care about know we're here for them. And it's hard, especially when we can't be physically present.

I hope that when the days of quarantine are behind us, we can comfortably hug again.
Posted by Gayle at 1:00 AM

Eddie Munster. How cool is that? I still own and watch the DVD of that show. I love it. Lily is the BEST. She reminds me of my grandma.

Very cool that you found a cop to help you with your writing. That's the best when we can go to someone directly and ask questions.