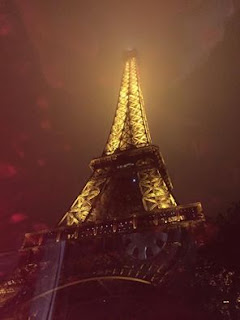 Yes, it's not spring yet, so I suppose I'm jumping the gun, but I can't resist the pull of Paris. I've been indulging myself with books set in Paris, making me feel alternately entranced and restless.

One of my favorite quotes about Paris is from Oscar Wilde. "When good Americans die, they go to Paris." He used to haunt the cafes and bistros in the Latin Quarter, flamboyantly dressed with an orchid in his lapel. Let Deux Magots. Cafe de la Paix, Le Select, and Cafe de Flore were some his favorite watering holes. 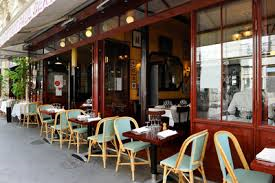 My fave cafe is Le Bonaparte, and I highly recommend it for a quick lunch of a crunchy baguette with creamy Brie cheese and a coffee. (be sure to order a cafe creme.) 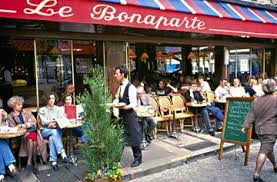 Hemingway loved Paris, too and wrote a memoir about his life there, A Moveable Feast.  Ir was a fascinating time, Paris in the 1920's, and Hemingway recounts his life as a struggling expat journalist. I plan on reading it again before my next trip. He mingled with the great writers and painters of the time and had Gertrude Stein as his mentor. Heady times indeed for "the Lost Generation." 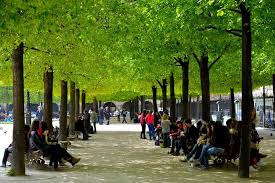 He'd stroll for hours in the Luxembourg Gardens, mulling over plots and characters for The Sun Also Rises. (one of my favorite books of all time.)

The Paris Wife is an interesting book. It's the story of Hadley Richardson, Hemingway's first wife. The author, Paula McLain opens with the quote."Though I often looked for one, I  had to admit that there could be no cure for Paris." Hemingway eventually abandons Hadley and their son for his mistress and their doomed relationship is both touching and heartbreaking. 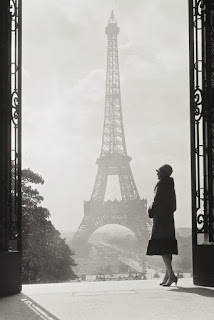 No cure for Paris! Except to go back, of course. And I'm working on that right now. This wouldn't be the right season. I've been to Paris in February and it was damp and cold. (but still, as one of my friends reminds me, "It was Paris!") Spring and summer will be perfect.

Hope you are surviving the winter, wherever you are, spring awaits!