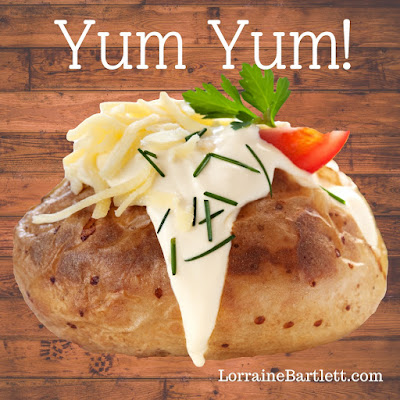 A few weeks ago, Mr. L and I tried a new-to-us restaurant for lunch. I ordered a Cuban sandwich on our first visit. It wasn't the best I'd tasted. Needless to say, I wasn't impressed. Mr. L chose a brisket sandwich and he raved about it. He wanted to go back. Me? Not so much. But before we went last week, I went through the menu at least three times and could not find anything I wanted. The only thing that vaguely interested me was a loaded potato. I love baked potatoes and when I'm at home, I usually only have butter and a lot of fresh-ground black pepper. Because I'm trying to lose weight, I ordered it with the grilled chicken, but without the sour cream and cheese ... but that's mainly because I don't care for sour cream or cheese. (Okay, I'm a bit of a picky eater.)

It was GOOD. So good, that days later, I was still thinking about it. And so this past Tuesday, we went back for our third try. (Mr. L and I go out to lunch twice a week. Yeah, not really a good thing if you're trying to lose weight, but I'm down six pounds with intermittent fasting, so...it could be worse.) 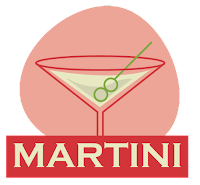 The bartender messed up my martini (ick--he made it dirty, dumping in olive juice), not a good omen but they replaced it right away. And when it was time to order, I had made up my mind that I would try the potato topped with pulled pork instead of grilled chicken. (Just to try it out, you understand.) But when it came my turn to order I found myself blurting "with prime rib."

Where did that come from?

It's been more than a year since I had prime rib. Besides ground beef in a burger, taco, or a burrito, I'm just not a fan of beef and if I eat it once a month, that's a lot. EXCEPT for prime rib. I really LOVE it, but it's so expensive, we only have it once a year, usually on my Mum's birthday--even though she's been gone for nearly five years. We used to invite her (and Dad) over for supper on her birthday and always served prime rib. (We always had lobster on Dad's birthday.)

OMG -- that loaded potato was even better then the one the week before. The beef was cooked to perfection, and though there wasn't a lot of it, it was the perfect amount and beautifully seasoned.

We're planning on going back next week and guess what I intend to order?

P.S. These pictures don't do it justice. I will have to take a photo the next time we go.

What do you like on your loaded spud?
Posted by Lorraine Bartlett at 4:00 AM