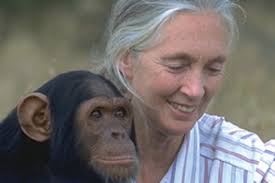 I don't do New Year's resolutions any more but I do like to look for a bit of inspiration for the coming year.  A quote, an idea, a sort of "theme" to guide me during the next 12 months.

I've always been a fan of Jane Goodall, a British primatologist who went to Tanzania 60 years ago to study the social interactions of chimpanzees. If ever there was proof that "one person can make a difference," it is Jane Goodall. 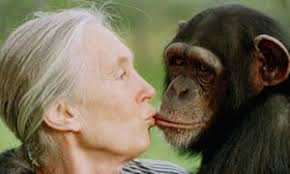 Small steps can lead to big changes. Small steps don't sound as daunting and overwhelming as major ones and I thought of a few examples.

Recently when I visited friends in New Mexico, I accompanied my friend as she walked her dog early every morning. She carried a plastic bag and picked up debris along the way, a plastic cup, a paper napkin, a hamburger wrapper. It's annoying that people toss their trash on the grass and sidewalk for others to pick up, but sadly, we know that they do!

This would certainly count as a "small change" but an important one, according to Jane Goodall. At the end of the morning walk, we'd left the gardens and walkways cleaner and more attractive than we'd left them. We helped the environment and people, as well.

Another friend who travels a lot told me she always saves the little blue blankets you're given on the plane (and she even collects them from people sitting near her.). She gives them to a local animal shelter who use them for cat beds.  A small step and something simple.

This year, I'm combining two of my interests and am going to volunteer with Pets for Vets. It's a way of providing veterans with comfort and love from rescued animals. A win-win situation! Would Jane Goodall approve? I think she would. 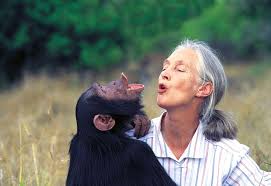 Can you think of any small steps you could take in your own life that would help people, animals and the environment?