Savannah Christmas...’cause I love it! 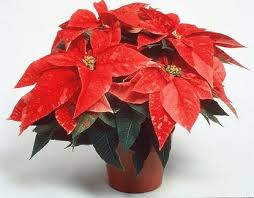 Reagan Summerside here from the Consignment Shop Mysteries talking about how there’s nothing like Christmas in Savannah. Fact is, the South was making Christmas merry long before it became the thing to do in other areas of the country.

Alabama was the first state to declare it a legal holiday in 1836, with Louisiana and Arkansas following a couple of years later. Christmas wasn’t recognized as a federal holiday until 1870. 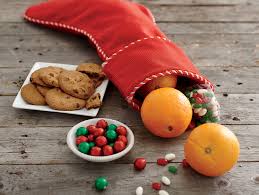 While some Southern Christmas ideas has been adopted outside of the South, many are unique to the South. Some of these are guaranteed to put you in the Christmas spirit for sure.

First there’s the fruit thing. It’s a long-standing Southern Christmas custom is for parents to leave oranges in the fire-side stockings of their children. Seems strange now but it comes from the rarity of citrus fruit and the expense in times past. In fact, the craving for the flavor of oranges influenced the Christmastime recipe staple known as Ambrosia. I just looooove Ambrosia. 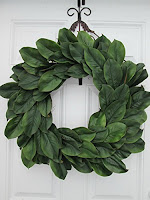 And oranges show up a lot in Southern holiday décor in the form of slices for fragrant potpourri or as whole oranges in garlands and wreaths. I often wondered about that!

Then there’s the Pecan Pie.  Due to the harvest season coming between September and December, pecans are a perfect for pie at Christmas.  Divinity and Pralines are two other pecan-based treats from the South.

And how about those Poinsettias– Originally the poinsettia was a popular decoration for the Christmas season in Mexico, and the ambassador to Mexico, Dr. Joel Roberts Poinsett (who knew!) brought back clippings of the plant to his South Carolina home. The shape is said to be the Star of Bethlehem, and it’s popularity spread throughout the country especially after Congress declared Dec. 12 National Poinsettia Day. ( I didn’t know that either!) Personally I can’t picture Christmas without a poinsettia. 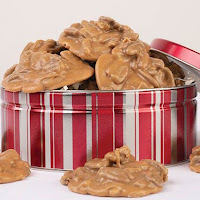 And of course there’s the magnolia and Pine Décor– We have the settlers that landed at Jamestown, Virginia to thank for this tradition. After they noticed pine was an evergreen, they began using it as a symbol of good fortune and hope in décor. First popularized in the South, it can now be seen in holiday swags, wreaths, and garlands nationally. Many widely-read styling magazines have also featured stories on how to best use magnolia leaves to achieve a rustic, country feel. It’s common to see wreaths out of these gorgeous, dark-green, shiny leaves than any kind of fir tree branches. 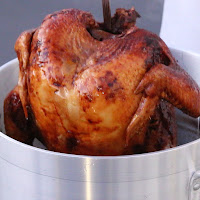 YummyCoconut Cake– Hand-grating coconut for the cake is a labor-intensive job that no one looks forward to doing, so making a cake with it would be reserved for only the most special of occasions. The seven-minute icing it requires is also much easier (less-impossible) to make during the wintry absence of insane humidity the South experiences. The cake looks like a snowball, which makes us happy in the Deep South because it’s likely the only snow we’ll see at Christmas. LOL 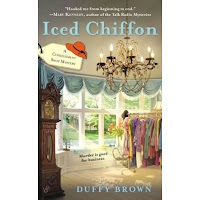 Oysters!  Love ‘em or hate them but Auntie KiKi loves her Oysters. December is a great month to eat them due to the colder water temperatures in the Gulf And Auntie KiKi’s oyster dressing is to die for. Then again so is her cornbread stuffing so she just makes both!!

Deep-Fried Turkey- In the South! My honey, Walker Boone, loves to fry anything and everything esp the most delicious piece of poultry he can find.

So this is how we’re getting ready for Christmas here in Savannah. Just like every other holiday, Christmas in the South it is full of beauty, fun, and delicious food. YUM!. Got a fave Southern dish you put on the table? Think of me when you’re eating pecan pie. It’s still my fave!

Hugs, Reagan Summerside
Posted by Duffy Brown at 9:33 AM