Cats Reign In My House 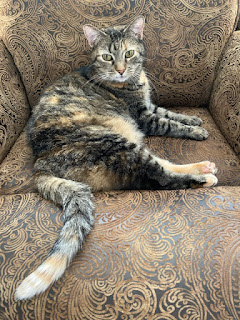 In my Daisy's Tea Garden cozy mysteries, Daisy has two felines that are a part of almost every scene which is set in her barn home.  Pepper and Marjoram always greet Daisy when she arrives home from a long day at the tea garden and are her constant companions when she is at home alone.  She often talks to them about her murder investigations, allowing her to hash out loud clues that have been spinning in her mind.  Often they settle on the sofa or chair in the living room when Daisy is chatting with her daughters Jazzi and Vi or her beau Jonas.

Pepper and Marjoram are modeled after two of my own felines--Zoie Joy and Miss Paddington.  My padded living room and office furniture is their favorite napping and bathing spots.  When I purchased a new recliner for my husband as an anniversary gift, all the felines had to test it before he had the chance to enjoy it.  Often when a cat has settled there for the evening, he ends up sitting in another chair, envying the cat who took his new throne.


I was sorting through my cat photos and found numerous shots of my "royal" felines enjoying their favorite "thrones."  Here are some of them:


Do your cats "reign" supreme or are they willing to share their thrones? 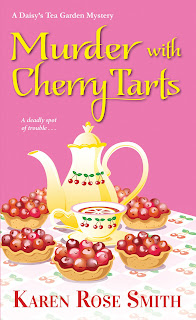