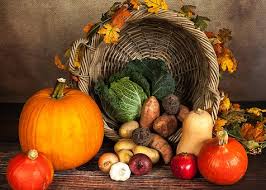 This year, I prepared two Thanksgiving dinners. The traditional one, (turkey with all the trimmings) and a vegan one. I'd like to tell you about the vegan one. Some people think it's hard to "go vegan," but honestly, it's easy. I'll show you.

The main thing you need to do is to get some vegan supplies on hand. I used almond milk, Chao cheese, Pepperidge Farm cornbread stuffing (make sure to get the cornbread variety, some of the others have chicken broth) and Gardein turkey cutlets. They include little vegan gravy packs, which is handy. 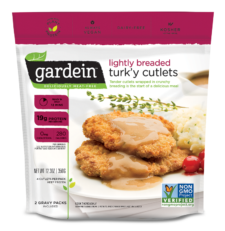 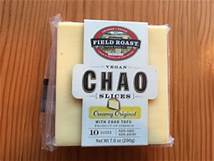 Now, for a nice vegan scalloped potato casserole, here's a foolproof recipe. The potatoes are tender and cheesy and crispy on the outside. The dish is easy to prepare and it takes 90 minutes in the oven.

4 russet potatoes
One and a half cups almond milk, unflavored
one package CHAO cheese.
(Whole Foods has a really good selection of vegan cheese but you can usually find CHAO in the "vegetarian" section of your local grocery)
2 Tablespoons flour
2 Tablespoons vegan butter like Earth Balance
1/2 cup vegan mayonnaise

Slice the potatoes thinly, by hand or with a mandolin. Mix the almond milk, mayo, butter and flour in a sauce pan over low heat and add the Chao, chopped up. It comes in slices and is hard to grate, so just chop it.

Cook for about five minutes and then pour over half the sliced potatoes that you have placed in an oven proof dish. Now add the other half of the potatoes and top with the rest of the hot mixture. Cover and bake at 350 for one hour. Remove cover and bake for an additional 30 minutes. 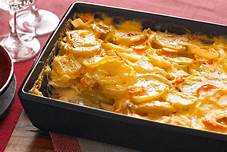 I guarantee you won't know it's dairy free! Have a happy holiday! And don't forget to make a donation to your local animal shelter. The animals deserve a treat, too!

I had the Gardein turkey cutlets for Thanksgiving. They are pretty good. Instead of using the gravy, I added a little black bean and corn salsa. I'll try the scallop potato receipe - it looks good.

The black bean and corn salsa is a great idea Lynda!

Very nice, Mary. I am always looking for ideas for alternatives for vegetarians and those who have allergies. As an adult, one of my sons has become lactose intolerant,gluten-intolerant and this year was infected by the bite of a Lone Star tick and now cannot eat pork, beef or any red meat,(game). Going with vegetarian recipes, Passover recipes,(flourless cakes) and other sources have helped.