A Perfect Cup Of Tea 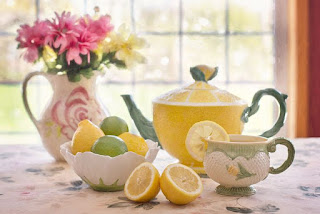 With the release of MURDER WITH CHERRY TARTS, the fourth book in my Daisy's Tea Garden cozy mystery series, my mind has been on all things tea-related.  I can remember as a child having a cup of tea meant boiling some water in a pan on the stove, pouring it into a mug and adding a tea bag.  Tea was often the choice warm beverage on days when I was home from school with a nasty head cold. 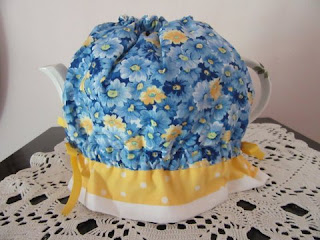 But when I embarked on the task of creating a tea-themed focus for a new cozy mystery series and began researching tea and tea rooms, I developed a new-found appreciation for tea.  I was amazed at all the varieties and blends available and the art involved in creating a perfect cup of tea.  There definitely is a tea to satisfy everybody's palette.
As I began visiting area tea rooms, I was fascinated and curious how each owner was able to supply every guest at a table a different cup of perfectly brewed tea of their choice from an extensive menu.  I was delighted to find on the back of a business card from TranquilaTea Tea Room in Waynesboro, Pennsylvania tips for brewing a perfect cup of tea.  I would like to share those tips with my readers.

Brewing A Perfect Cup Of Tea

Green and white teas -- 2 minutes
Black teas -- 3 minutes
Herbal and rooibos teas -- 3 to 5 minutes
For a stronger cup, add more tea leaves.  Do not steep for a longer period of time, as this can lead to a bitter cup! 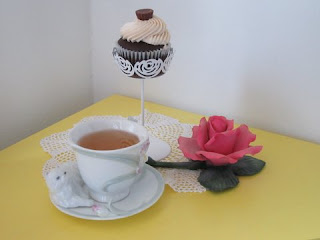 MURDER WITH CHERRY TARTS on Barnes and Noble
Posted by KRS at 1:00 AM

I must take exception to these directions. This is way Tea was made by the Great A&P Tea Company, when I used to visit their tea blending office in Manhattan as a child. Brewing black tea with 205 degree water lads to an insipid cup. Bring the water to a rolling boil and pour the boiling water over the leaves. Brew for 5 minutes, then decant into a pre-warmed pot through a strainer.

I do have to agree with the thought of steeping longer times will bring bitterness!
teddi1961(at)arcemont(dot)com