WHERE DO YOU GET YOUR IDEAS? 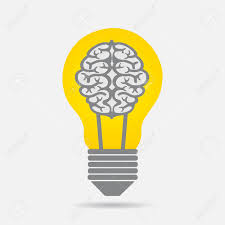 This is probably the most frequent question writers face--at conferences, in classes or during interviews. And of course, there is no right answer. Most of us don't really know where we get our ideas. And some of us, I'm ashamed to say, give flippant replies. One of my friends always says breezily, "Oh, you know, I buy them at the idea store." She follows this with a big smile, but I bet people find her answer irritating.

Another friend (who shall be nameless, I don't want to embarrass her) says, "Oh that's easy. I steal them. It sure beats trying to think them up myself!" And then she gives a merry laugh. Not condoning her silly response. I think she's just fed up with answering the same question so many times.

The fact is, ideas are elusive, mercurial. If you look at them too closely, they fade like frost on a window pane. Some ideas are "book worthy," some are just passing fancies.  Kind of like people you meet at a cocktail party. They drift across the edges of our consciousness, never to return.

Ideas can come from so many places, including snippets of conversation. I was riding a cross town bus in Manhattan when I overheard a conversation between two women sitting behind me. One woman said, "So how are Howard and Sylvia doing? I haven't heard from them in awhile." Her friend replied, "Not so good. You know, things have never been the same since he threw her through that plate glass window."

It was hard not to gasp. They both got off at the next stop so I never heard the rest of Howard and Sylvia's story. That idea stayed with me for a long time, though. What kind of woman would stay with a man who threw her through a plate glass window? Would any of my characters ever do that? If Howard was murdered, would Sylvia be the prime suspect? Would Sylvia play the forgiveness card and then secretly plan his demise?

Sometimes aspiring writers ask me if they should save their "good" ideas for a future book. No, I tell them, use them right now! Ideas are limitless, infinite. By next week you'll have dozens more.

More about writers and ideas in next week's blog!

Email ThisBlogThis!Share to TwitterShare to FacebookShare to Pinterest
Labels: cozy chicks, Mary Kennedy, where do you get your ideas