The End of Summer = Back to School

Okay, summer doesn’t officially end until September 23, but for most of the country, Labor Day marks the end of the summer season. 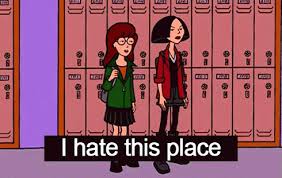 When I was in school, Labor Day felt like some kind of death knell. Summer was over. School started. Nobody I knew liked going back to school, but I absolutely loathed it. I hated every single day of school, staring with Kindergarten, and some days more than others.  The highlight of my entire school career was the two years I spent in high school with my best friend Lori D. Back in those days, I was known as Lori, too.  “Lorraine” seemed so old-fashioned (and it still does) and I desperately wanted to be cute and thin like she was, and since I couldn’t be either, then at least I could be “Lori Bartlett.” (And incredibly, a two people still think of me that way. And thanks to Facebook, I’m still in contact with both of them. Hi Lori and Lee!)

Just yesterday, I went thrifting with my neighbor and her two boys and I admitted to them that I hated school, and my neighbor’s youngest son (who has the same name as my younger brother) shouted, “YES! She gets it!”

Of course, his mother didn’t want to hear that I hated school, but she also had to concede that a hatred of our educational system still managed to produce a New York Times bestselling author.

Except … that I don’t think I ever learned all that much from public school (besides learning to read and type). Algebra? Forgetabout it. (My favorite subject wasn’t English. Sorry, even now I could not deconstruct a sentence.) All that crap bored me. In fact, I spent a hellulva lot of the hours during my public education daydreaming (and getting in trouble for it). There were stories running through my head and I found it really hard to focus on schoolwork. Mr. L thinks I am probably mildly dyslexic. I had a couple of classes (and teachers, two who were actually married to each other) who encouraged me, but most did not. I fell through the cracks. 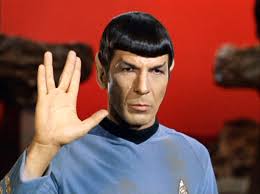 And then after high school, I found Star Trek fandom. What I never learned in school, I leaned from wonderful women who mentored me. We met through Star Trek, but it was other fandoms where I first started writing. These wonderful women encouraged me when all I wanted to do was write and didn’t have a clue how to do it. (And I learned even more when I connected with romance writers.)

My neighbor is currently homeschooling her oldest son because traditional high school let him down, and he's doing well. This kid is gifted. He’s a little nutty, but guess what—that’s what sets us creative people apart from the rest of the crowd. If the opportunity to be home schooled had been open to me, I think I would have flourished. Mind you, through high school I still managed to hit honor roll for three of my four years, but I can remember so many times when teachers stomped on my work because it wasn’t “mainstream” enough for them. Excuse me for being pompous, but I’d sure like to shove my NY Times bestselling honors up their butts. 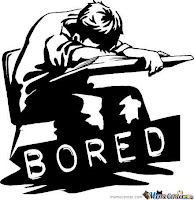 So what’s my point? I’m not at all sure. But my friend’s kid is going to have a lot of options in the future. His parents understand and encourage his creativity. When I look back, so did my parents. When I announced my desire to be a professional writer, my Dad shook his head and said, “Why would you choose one of the hardest jobs in the world?” I had no words. He was only six months away from death when I hit the New York Times bestsellers list for the first time. He never knew that I hit it five more times or got nominated for an Agatha award.

School is still a sore subject with me. Far too many kids are pushed toward college and saddled with tremendous debt that will shadow them for a decade or more. If I was coming out of high school today, I think I would have considered the construction trade. (I did take wood shop in high school, which was actually quite fun.) Even so, I know I still would have been writing, but I would have had a trade and good-paying job. As it was, I was caught in the pink-collar trap and made crap wages for almost all my traditional working years.

So, where am I today?

Glad that I don’t have to go back to school next Thursday. Instead? I’ll be working on my next novel. And that makes me happy.

How do you feel about your school years?
Posted by Lorraine Bartlett at 4:23 AM

I'm with you. I also hated school. As an Army family, my first years at school started in France at age 3. There, I learned art, reading, and writing. When we moved to NY, I was 7 and well advanced from the other kids. Was my teacher impressed with my writing skills and stories about France? Nope. Called me a liar in front of the other kids and made me print as if I was just learning to write. High school was even worse. So boy howdy,I get it.

I didn't look e scholl and was a B or C student. Hated math after 8th grade d no tent in foreign language.I tried for band and wanted to play drums. No girls played drums I was told.I homeschooled my 4 after se eral frustrating years in private school. Did not see public school as a place I wanted them. All successful workers a couple in management

Funny thing, my mother went to college to be an English teacher. So trying to teach after a few years, I think, she went to the hospital. Ended up as the pathologist's secretary. English was my best subject in high school. I wish I had chosen more wisely through high school and became a writer. But those boys got in my way. I did not have good grades in school at all, was too social. I'm glad you ended up where you are, I wouldn't have the Booktown Series to read.