The Beginning of Kelly Flynn 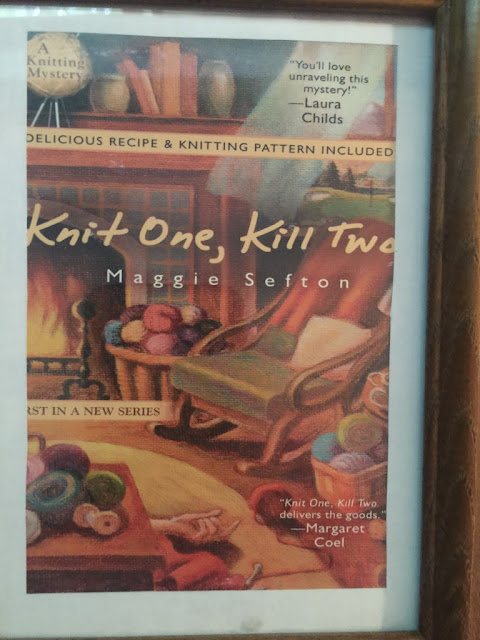 I was delighted and flabbergasted when it became a bestseller from the very start.

HOW THE KELLY FLYNN BOOKS BEGAN
By Maggie Sefton

Kelly Flynn first “walked onstage” in my imagination years ago---September of 2003, actually.  And it’s really weird how it all came about.  In January of 2003, I got this idea to write some non-fiction magazine articles.  The idea surprised me, because up until then I had been writing historical novels and had been for over a decade.  By that time, I had actually written over a million words of historical fiction---medieval, early American, Musketeer swashbucklers, you name it.  My agent was confused.  Even my Muse was confused.  So---I was interviewing all these interesting local business people who had started new businesses.  Interesting stories.

Then in May of 2003, my agent sent an email to all her clients who wrote non-fiction, and she included me.  Her message said that one of the Big NYC publishers wanted to publish a book that incorporated peoples’ stories how knitting had helped them through very difficult times in their lives---recovering from illnesses and other problems, as examples.  By that time I had  been interviewing many business people and writing their stories about transforming themselves, so I figured that assignment was right up my alley. Problem was---I didn’t knit.  Not a lick.  But I had friends who did.  So I interviewed them and got some great stories.  And  every one of them suggested that I go over to what they called “this great knitting shop” by the name of Lambspun.  They said lots of people showed up on Tuesday nights around the “knitting table.”  Lots of people there, and lots of stories.  So I showed up.

My reaction to stepping inside Lambspun for the first time is one I have captured on countless pages of the Kelly Flynn novels.  But like Kelly----I fell down the rabbit hole into a world of color and texture and pure sensuous pleasure.  And it took me a half hour before I entered the main room and sat at the knitting table.  The warmth and camaraderie reached out and swept me up.  Great people.  Fun people. And, Kelly Flynn?  She showed up a few months later after I finished writing a proposal for a new western historical.  There she was right in front of my eyes, spinning a scene----on a softball field.  That’s what fiction characters have done my entire life.  They just walk onstage and start spinning their stories.  I guess some of us were simply born to be Storytellers.