I write about the B&B experience. Just why?  Well, I haven't got a clue. I mean, I've only ever stayed at an inn once, which was a B&B experience, but this place had 18 rooms and was originally a ski lodge. We went there three time, and the third was not the charm. The inn had changed hands, and while nothing had changed physically, the new owners didn't know the hospitality trade as well as the previous owners and we never went there again. And nobody else can, either, because that wonderful building burned to the ground.

So, what's with the fascination? I guess the idea of being pampered in quiet surroundings. Many B&Bs don't even have televisions in the room so that you can do other things like read or listen to music. I always bring my own music when I travel, thanks to a MP3 player and a small speaker. (I don't like to deplete the batteries on my phone.) And I usually bring something to read, too. Like a couple of magazines and at least one book (and my Kindle).

I love the idea of being served a wonderful breakfast. The first two times we went to the inn it was like an all-you-can-eat smorgasbord. Holy cow--not only did they serve homemade muffins and strudel (as well as have boxed cereals, coffee, tea, cocoa, milk, and several kinds of juices), but one of the owners (a former used car salesman) could whip up THE best omelets. He was originally from Texas and grew chili peppers. So I asked for an omelet with hot peppers and onions. He warmed me they'd be REALLY hot. Ha! I love spicy food and gobbled it down. (He was impressed.) But he also had blueberry pancakes ready to go, and bacon, and sausage,. You could also have waffles, fruit, and goodness knows what else, but you never walked away from that breakfast room hungry.

Despite the fact I haven't stayed in a lot of B&Bs, I have visited at least 15. About ten years ago, I went on a self-guided tour of the B&Bs of a nearby county. Wow--what an eye opening experience. All but one of these B&Bs was in a rural area, and while some of them had gorgeous views, the B&Bs were not places to be pampered. They ranged from fish camps to an elegant 19th century home (that was the best). Some of them served cookies and coffee, and some of them went all out with cocktail offerings without the booze. Some were creepy and some weren't very clean. Most were shabby, but their owners seemed enthusiastic and eager to talk about their (mostly) historic homes. One charming Victorian home had creeky floors, but was charmingly decorated. We were sad when it was demolished so that the bank next door could have a bigger parking lot. 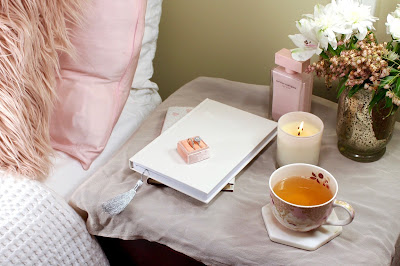 I've watched many how-to videos on B&Bs on YouTube, and whenever we drive by a B&B I always look to see if they have a website so that I can compare the bedrooms.

I can envision all my inns. I know the kitchens, I can see the equipment, and I know the layout of the houses and the guestrooms (even to what's in the desk drawers in Kathy Grant's Swans Nest Inn).  I know the innkeepers and what makes them tick. I know their struggles and their joys.

I write the Victoria Square Mysteries (and the companion series, Life On Victoria Square), The Lotus Bay Mysteries, and the Tales From Blythe Cove Manor (along with authors Shirley Hailstock and Kelly McClymer). I hope you'll visit my web pages to learn a little more about them.

Now, tell us about your B&B experience(s) by leaving a comment below.
Posted by Lorraine Bartlett at 6:50 AM

We’ve stayed in a couple of B&Bs but we have a favorite we go back to all the time. They have their own chickens so the eggs are really fresh and we like the couple who runs it.

Have you ever been to the one on Main Street in Palmyra? I have never stayed there because I live in town, but it is beautiful and give excellent service.

The only place I actually stayed in was in Vermont. What's the name of the B&B? I'd love to look it up online.

I have never actually stayed in a B&B, however, I find ones I would want to stay, I would for sure write reviews on them. Of course, first I have to have to money to stay. Many I have look up online are extremely expensive. But this is on my bucket list!
Cheryl Arcemont
teddi1961(at)arcemont(dot)com

Hubby took me too a gorgeous B&B for my birthday last year. We were the only ones staying at the inn that weekend and it was also the hostesses birthday, so she shared her cake with us.
He reserved the purple room since that is my favorite color. It was a amazing.

We stay at Hammercreek Hideaway in PA

iloveinns.com has a list of B&B's that have a buy one night get one free with a coupon that you can purchase for about $20.00. My husband and I have stayed at the James Getty Inn located in Gettysburg, PA. Wonderful place!!!