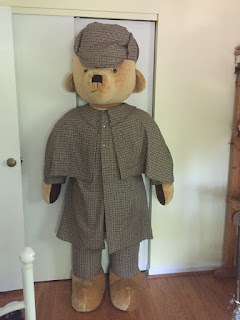 I love anything Sherlock as is proven by me buying a 7 foot tall Sherlock bear.
When I saw this ad for the play Miss Sherlock I had to get tickets.
The premise is  that when a young newlywed suspects her husband...who happens to be a high-ranking investigator at Scotland Yard... has murdered his previous two wives, she fears she has nowhere to turn.
But the game is afoot as they say when her case is taken by two feisty intelligent and independent women Miss Sherlock Holmes and her right hand gal, Doctor Dorothy Watson, who refuse to go along with the conventions of their time, 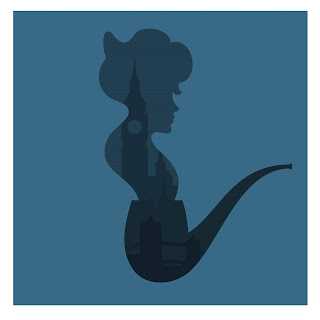 It should be fun since it’s a clever reimagining of Sir Arthur Conan Doyle’s characters and pits its heroes against cunning criminal masterminds and the ideas  and rules of Victorian society.

I love new twists to old ideas. I’ll let you know how it goes.

Hamilton Gibson, Wellsboro's Theater Group, did Miss Holmes as one of the offerings. It was wonderful. I had many friends in the cast.