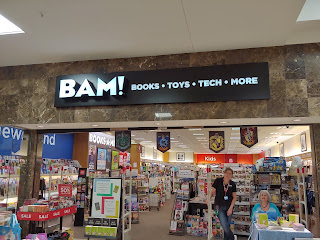 This past weekend, I had the honor to do a book signing at my local brick and mortar bookstore -- Books-A-Million in the North Hanover Mall in Pennsylvania.  It was such a pleasure seeing how busy the store was in a market where it is so easy to one-click to purchase any book online.  Pam, the store manager, said that they still have their regular customers who prefer to shop and actually touch the books they are considering. 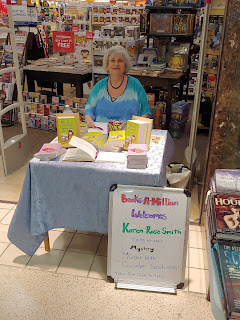 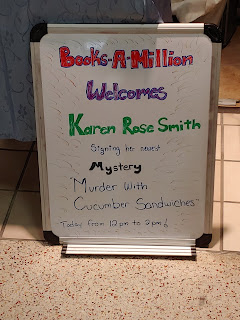 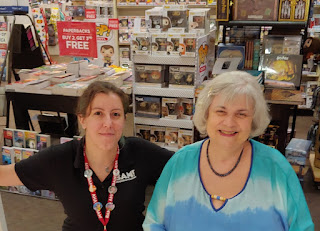 Pam and her staff did a wonderful job of hand-selling my newest release, MURDER WITH CUCUMBER SANDWICHES, as well as the other titles in my Daisy's Tea Garden series.  Due to their efforts, I met many new readers, many of whom were regular BAM customers.  I also was excited to meet several of my Facebook friends who follow me on social media but I've never had the privilege of meeting in person.  It was so nice putting a face and a voice to their online posts.


I had a great day meeting new friends and building on already-established social media friendships.  It was so good being surrounded by the written words of so many authors who work tirelessly to provide good reading materials on all interest and reading levels. 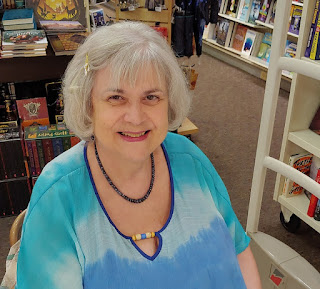 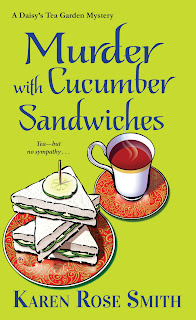 Good for your bookstore ! Our community book store closed as soon as Borders came in - that had always been their plan. Unfortunately, within a year, Borders was gone. We are still missing that village bookstore.
But my problem with bookstores vs Amazon is - I can download one book to my Kindle, but if I walk into a real bookstore, I walk out with $300 worth of books. And I'm at the stage of life where I need to downsize, not add more !