More Green For Me

When Earth Day rolled around last month, I started thinking about how much waste goes into my garbage tote.  Mind you, I've been trying to adopt more green ways.

Earlier this year, I decided I needed to cut down on my use of paper towel.  It so happens, my mother bought a lot of washcloths at yard sales for our family's cottage. I decided there were way too many stuffed into a drawer and I took them home and washed them to use in my kitchen. (I wrote about it on this post back in January.)

Since then, I figure we're using half the paper towel we used to. (Have not yet trained Mr. L to reach for these washcloths.) We used to go through at least a roll a week...now it's take two weeks and a few days. There are still a few things I use paper towel for, but not just to dry my hands, etc. (That's what the tea towels are for, and boy have I got a lot of them, too.) 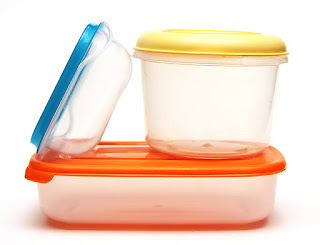 But last month I had leftovers to put away and reached for the cling wrap. Then I stopped. Plastic is forever. I need to stop using so much plastic. So instead, I opened my cupboard and looked for a plastic container to put the leftovers in. Yes, it means washing another item, but water can be filtered and used again. Plastic stays in the landfill for hundred (if not thousands) of years.

Of course, there were a LOT of containers without lids. So a few days later, I hauled everything out of the cupboards and matched them up. Wow--I have a lot of them. But it's been two weeks and I haven't used any cling wrap.

And one of the reasons for that is ... wax paper. Okay, it's a lot more fragile, but it will degrade in a landfill. In addition to the wax paper wrapped around tomatoes and other items (with a rubber band around it to keep the air out), I also bought waxed paper bags. I bought a big box and they are smaller than I would like, but they are still very useful. 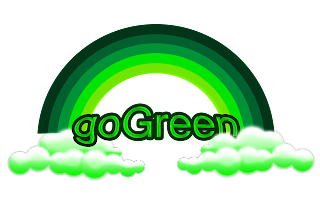 It's been more than two weeks and I haven't touched the cling wrap. Luckily, I was running low on it and probably won't buy any more.

Next up: going through my linen napkins, washing them, and using them instead of paper napkins.  I will look for colored ones at yard sales, because ... you know, spaghetti and curry stains.

What are you doing to go just a little bit greener?
Posted by Lorraine Bartlett at 11:11 AM

Love it! Yes, I need to get the paper towels out of our house. I've pretty much eliminated the use of cling wrap in the same way. My latest venture... an electric car. No, I'm not zippin' around in a Tesla, but I did get a great deal on a used Fiat 500e. It's the sweetest car I've ever owned and i haven't been to the gas station since last November when I drove it home. It's a little bit of an adjustment at present. We don't have the same number of charging stations as gas stations, but I can well imagine a business shift as business begin to offer free "slow charging" in exchange for having you as a captive audience. (BTW, charging at home has raised my electric bill $25/month. Sure beats the nearly $200/month I WAS spending on gas and oil.)
Thanks for your PSA! I love hearing how people are shifting to a greener lifestyle!