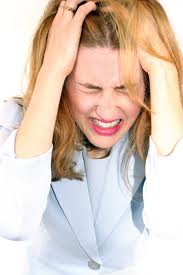 It seems a lot of people could relate to last week's blog on robocalls. Did you know that there are nearly 50 billion calls a year? A lot of you messaged me with some valuable suggestions.

Almost 40% of robocalls are scams--an excellent reason to screen your calls!

Nearly 24% are alerts and reminders, 18% are telemarketing and almost 20% are payment reminders.

And a bit of advice. If you don't recognize the number on Caller ID, don't pick it up. Let it go to voice mail. "Call spoofing" of course, lets spammers' calls come through, showing fake numbers that often look real. This is why Nomorobo can't keep up.

Don't pin your hopes on the Do Not Call List. It's almost useless and can't keep up with the new technology.

A third of people say that call blocking apps are useless. 30% say the apps were useful for a while but the calls have picked back up.

Is there hope? Yes, here's something you can do right now. You can sign a petition Consumer Reports is sending to the FCC, asking them to act immediately against robocalls and fine companies that engage in them.

Just go to robocallspetition.cr.org and sign up! You'll feel better and maybe in the end, the consumers can prevail. I hope so!

Nomorobo is pretty good at stopping a lot of the calls. And it is free. The ones that do get through have to work at it. I can always tell when they are coming since the first 1-4 tires get stopped. Signed the petition!

I'll sign up for Nomorobo, I didn't realize it was free. And thanks for signing the petition. Maybe we can beat these telemarketers after all!

NomoRobo is one of the best apps for cell phones.

For landlines try RoboCallWall, it is like having an "app" for your home phone. This is particularly important for people that are frequently home like retired Moms and Dads.