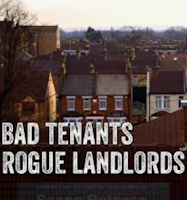 I don't like American reality TV shows. There, I said it. They're just too scripted and full of drama. I may be wrong, but British reality shows seem a lot more real to me.

It seems like every few months I find another show on YouTube to binge on.  Last month, it was Bad Tenants, Rogue Landlords. (Its original title was Bad Tenants, Scum Landlords. I guess they had to change it.)  Over the 40+ episodes, I got to feel like Paul and Chris were chums, helping people with really bad tenants get back their properties. (And there were more than a couple of scary moments that I'm sure were NOT scripted.) 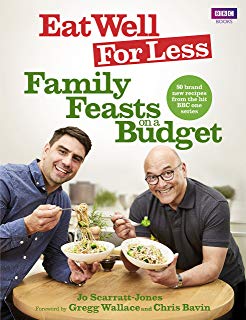 This week, I found a new show to have playing in the background while I do mundane things like pair socks and fold towels:  Eat Well For Less.  This show features two guys (Gregg and Chris) who watch people shop, confront them at the register, and then go to their homes and swap out bad-for-you and expensive food for lower calorie and cheaper (similar) products.

Unfortunately, there aren't many episodes available on YouTube so I'll be looking for something new next week, but I've quite enjoyed the episodes I was able to see.

What I like best is that most of the families eat a LOT of processed food -- mostly because they think they don't have the time or were never taught to cook. I like the cooking portions best. They don't give the recipes, but you can find them online. (There are a few I want to try -- like vegetable croquettes, where you take all the dodgy veggies out of your fridge, chop or cut into ribbons, add a little flour, some garlic, and a couple of eggs, and fry them in a little oil. I can see me making that in the summer when the garden is over-producing. The Rosted Caluiflower with Romesco Sauce sounds good, too.

After watching those shows, it really made me want to get in the kitchen and cook. Unfortunately, I didn't have most of the ingredients for the dishes they made. (Like coconut oil, plain yogurt, etc.) I'm going to have to hit the grocery store and stock up on some of these ingredients.

Any suggestions on what British show I should try to watch next?

Posted by Lorraine Bartlett at 3:33 PM

If you haven’t seen either New Tricks or The Detectorists then try those.