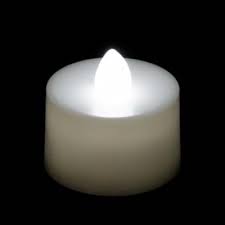 Halloween is behind us with all its ghoulish motifs. And here I am a mystery author who writes about murders in every book I write. But the sad reality is that murder isn’t fun. It isn’t sanitary. It leaves behind terrible wounds for the survivors.

I know this because … a friend of mine was murdered.

That’s a really chilling thing to have to admit.

My friend was a ci-worker. He was older than me, and single, and back in the day, I’m pretty sure he wanted to seduce me. But…he listened when I said no. He was a man of the world and a lot more worldly than me. But he had daughters, and I was grateful when he didn’t pressure me.

I was married for almost a decade when a mutual friend emailed me and said that our co-worker had died.

Died? My friend was dead?

He had been let go by the company we worked from years before me. (When they finally let me go, I never looked back.)

My friend had a job at a local indie theater. He'd been a gifted photographer, but was working as a projectionist. Late at night he returned to his home in a part of the city that was slowly becoming gentrified and was met in his driveway by a bunch of rowdy teens. When he asked if they would let him get into his drive, they instead pulled him out of his car and beat him near to death. In fact, he died of his injuries a couple of days later—injuries that were inflicted in front of his own home.

The perpetrators were never brought to justice.

How does that make me, as a murder mystery author feel? Pretty awful.

His death is why I strive to make sure that all the perpetrators in the stories I write are brought to justice. Sadly, that never happened for my friend and co-worker. That’s real life.

Maybe I’m a fool to believe that justice will always prevail. For the sake of my friend, I sure hope so.
Posted by Lorraine Bartlett at 4:00 AM