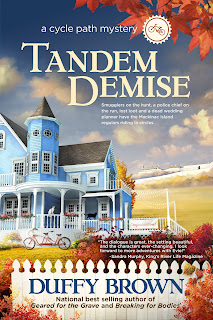 Smugglers on the hunt, a police chief on the run, lost loot and a dead wedding planner have the Mackinac Island regulars riding in circles

Evie Bloomfied here on Mackinac Island. Fall is in full swing with the leaves changing colors, horses taken off island on the big ferries to rest up for next year and the budgies are waiting till next summer to visit us again. All in all things are quite but...

there is trouble brewing.

After solving two murders, I thought life on Mackinac Island would settle into boredom until I found out Nate Sutter, island police chief and once-upon-a-time under cover cop is on the run. Some badass guys from Nate’s Detroit days think he stole money from them in a champagne smuggling operation and now they’re headed to the island to get their loot. 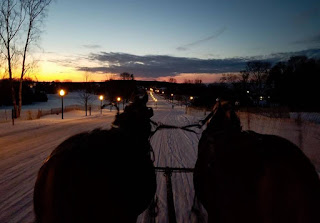 ​I’m determined to help Nate because he’s a good cop and I kind of got a thing for him,  Nate’s determined to keep me and the island locals out of harms way, and the crooks are determined to get their money.

To add to the island’s problems there’s a dead guy on the dock and the new wedding planner around here is more interested in playing bedroom bingo than ordering bridal bouquets.

With the help of Fiona, my BFF and local newspaper editor, I’m going to prove Nate innocent if it’s the last thing I do, figure out how  champagne smuggling, bodies on the dock and a bad wedding planner are tied together and hopefully not wind up taking a long walk off a short pier myself.

A map of Mackinac Island according to Cycle Path Mysteries 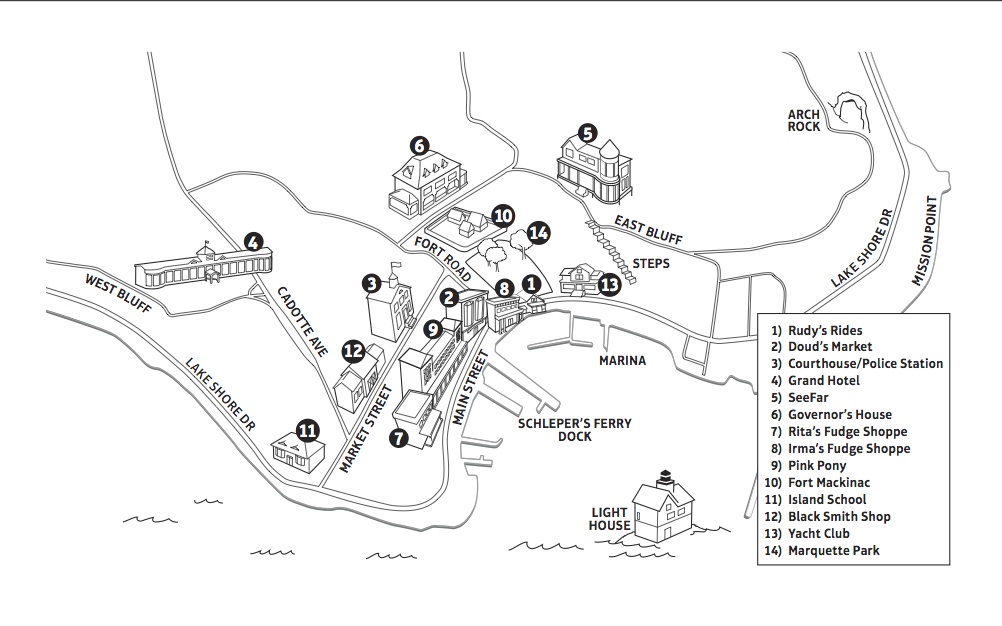