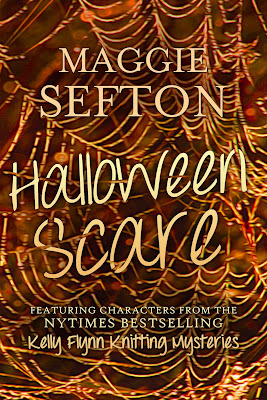 
I thought that post title was a good match for some of my "other books" that I've written over the years since I've been writing the Kelly Flynn Knitting Mysteries.  Like the rest of the Cozy Chicks, I have written and continue to write other fiction stories and separate books that are not associated with the Kelly Flynn cast of characters. 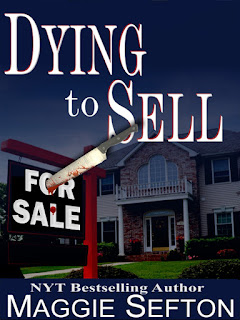 My very first mystery novel DYING TO SELL has a real estate agent sleuth who walks into a client's home one evening to bring a contract offer only to find the client dead.  Stabbed in the throat.  Needless to say, there was no sale on that property. 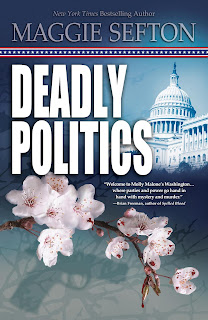 And most of you Cozy Chicks Readers and Friends/Fans have read my posts about my Washington, DC---based suspense trilogy----DEADLY POLITICS, POISONED POLITICS, and BLOODY POLITICS.  I really should change the name of that third one because there's certainly no gruesome scenes in that book.  Simply suspense.  And NO real politicians of any party.  We get enough of that every day in the news.


And there's my historical novel, ABILENE GAMBLER, which is available as an E-book on Amazon.com.  It takes place in 1871 Abilene, Kansas, and has a large cast of heroes and villains, including a Confederate widow named Samantha Winchester who's taking her little rag-tag family from Savannah, Georgia (after selling her family home to earn the money for train fare) to Abilene to start a new life.  The hero is a former Union officer named Jack Barnett, so you can tell these two characters have a lot going on between the two of them.  There's also a cowardly deputy sheriff named Clyde and a handsome young Texan named Cody Barnes, as well as Samantha's younger sister, Becky.  And two older maiden aunts who like to boss people around.  And, Maysie, who bosses everyone around.  You can tell I enjoyed writing these characters.

All of us have different story "ideas" that flash unbidden across our Storyteller's mind's eye.  Some of them are mysteries, some are romance, some take place in different historical time periods, some of them have Science Fiction elements or have a Futuristic setting.  Why don't you check out the Cozy Chicks "other stories" ?    You might be surprised  by the variety.  :)