Nothing like a hot cup of tea in an historic home

If you know anything about me, you know that I LOVE tea. I start every day with a cup (and usually drink an entire pot) and often have another cup or two in the afternoon.

I am a tea addict, and I'm not ashamed.

That said, mostly drink English Breakfast (black) tea, and not much else. The fun part comes because I have a lot of teacups and tea mugs. Chosing one every day makes the day start with a lot more whimsy.

Not long ago, Mr. L and I visited the Buffalo area and visited the Millard Fillmore house. I was surprised at how many artifacs were available from our 13th pesident, a man who only served two years after the death of Zachary Taylor.


For such a small house, which Fillmore built with his own two hands, there were an astonishing amount of presidential artifacts. 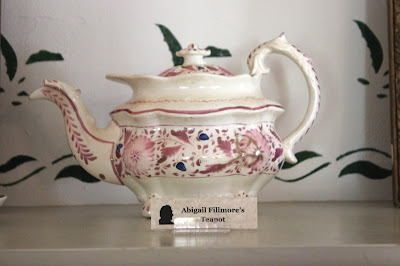 The teapot above belonged to Fillmore's first wife, Abigail.  I wonder how many wonderful cups of tea she delighted in from that pretty pot. 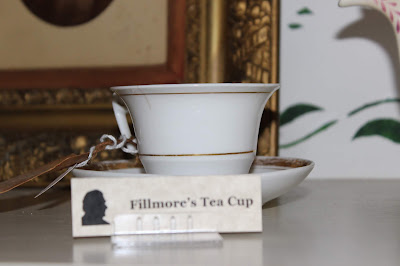 This teacup belonged to the Fillmore family. It was probably used by the President. Think of the history! 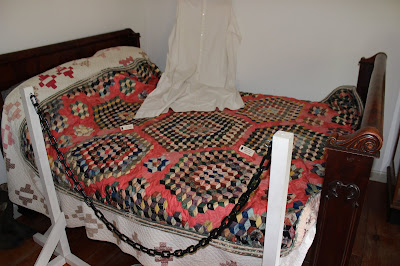 The above tumbling-block quilt was made by the first Mrs. Fillmore. The stitching was exquiste. The bedframe was the bed they took to the white house and slept in for their two-year tenure.

The docents at the Fillmore house were fantastic and kept us spellbound with their tales about the last Whig-party president.

Have you ever visited a home of a president?