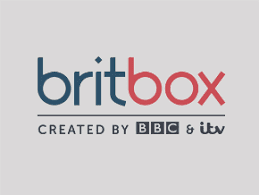 I'm in love with Britbox!

What is Britbox? Britbox is a subscription video on-demand service that focuses on British TV series.  You can find all your fave series there, from Midsomer Murders to Agatha Christie to Agatha Raisin. By the way, if you love Ashley Jensen, who plays Agatha Raisin, you'll enjoy her in the series "Extras." She stars with Ricky Gervais in an entertaining look at the underbelly of show biz. 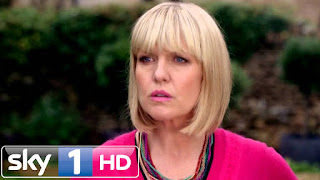 If you're a devoted mystery fan, you probably enjoy a "good cuppa" from time to time. And if you love British cozies, the odds are spot on that you'll recognize your favorite brew (everything from Ceylon to Darjeeling.) 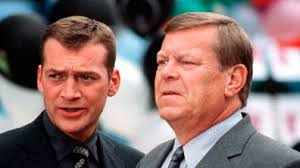 I recently began watching a British mystery called Dalziel and Pascoe. When Detective Superintendent Andy Dalziel's car breaks down in the rain, he walks to a country house and asks the lady of the manor for a cup of tea. (he also asks for a hot bath and gets more than he asked for, but that's another story!)

The passion for tea and mysteries goes back to Agatha Christie. 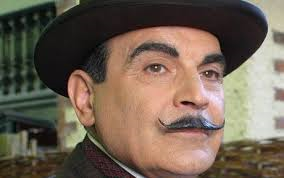 Remember how Hercule Poirot loved his tisanes? He would often try to unravel the clues to a crime, while urging Hasting to "use his brain cells." 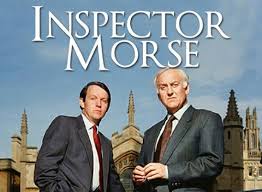 Recent detective shows have continued the trend. In the Inspector Morse series, Detective Superintendent Robert Morse tells his sergeant that he "needs a drink." The sergeant reminds him that he's just had  a cup of tea. Morse tells him, "It was herbal." The sergeant agrees and says, "You really do need a drink!" The next time you're engaged in a British mystery, be sure to pour yourself a nice cup of tea to go with it!

Mary Kennedy And if you need any delicious tea time recipes,I hope you'll consider our Tea Time with the Cozy Chicks cookbook! 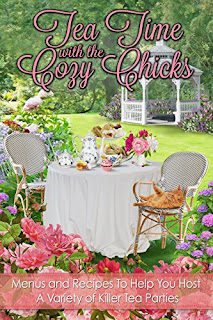