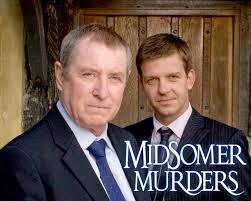 Last night, I binge-watched (okay, it was only 2 episodes) of Midsomer Murders while I cleaned out 3 months of paperwork. It was two of the early episodes, starring John Nettles as Tom Barnaby and Jason Hughes playing his sergeant, Ben Jones.

As always, the county of Midsomer was full of dead bodies, in fact, the episode was called "Four Funerals and a Wedding." a clever take on the movie, "Four Weddings and a Funeral."

Detective Chief Inspector Tom Barnaby was drawn into the action immediately while he was acting as the MC at a village fete. (which the Brits pronounce as "fate."). 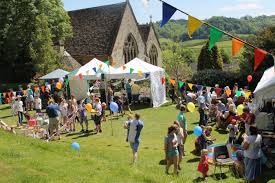 He was shooting a starter pistol into the air, to signal the beginning of a race, when the victim (riding on horseback) was shot in the head and fell over dead. The camera swings to a close up of John Nettles, who looks perplexed and says, "Don't look at me!" Indeed, we soon discover that the killer has stolen a rifle, added a long range scope and shot the horseback rider.
I'm always fascinated by the show, not just because of John Nettles' crime-solving abilities, but for its depiction of English village life.

As many of you know, I'm married to a Brit and some of his relatives live in small villages similar to those portrayed in Midsomer.  The villages are charming, picturesque... 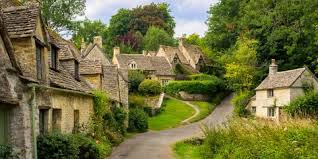 Wonderful opportunities for browsing and shopping, or exploring historic sights and centuries-old cathedrals. 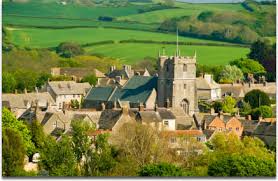 Also, lovely for hiking, with long walks finishing up at a pub. 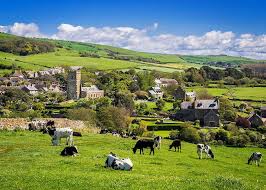 The waterfront villages are especially charming, and I can imagine sitting at the pier, watching the boats come in, while I sip a cup of tea and enjoy a crumpet or scone. 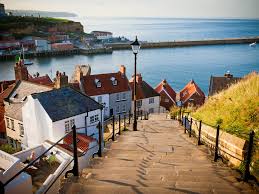 I asked myself what it would be like to live in a village like this. Would I feel claustrophobic, far from the lights and excitement of London? London, of course is only a train ride away, and my Brit in-laws hop on the train to enjoy the city, take in the art galleries, explore museums and try the trendy new restaurants.

And since some of them live in Dover, it's a breeze to take the Chunnel to Paris for the week-end. 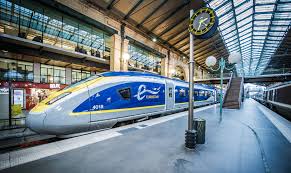 So maybe I wouldn't be as isolated as I think. What about you? Could you live in a small English village, or wouldn't that be your cup of tea?