SHOULD WOMEN SUFFER FOR FASHION? 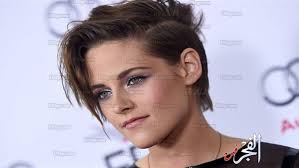 Kristen Stewart walked barefoot on the red carpet at the Cannes Film Festival. Why? Was it because her shoes hurt? No! She was protesting the "no flats" rule laid down by the film festival organizers. 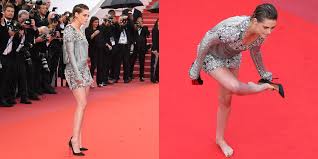 Why should women suffer for fashion? Have you seen some of the insanely high heels by top designers? Take a gander at these beauties... 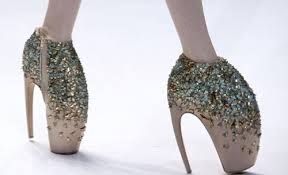 Who would design something this awful? Who would wear them? 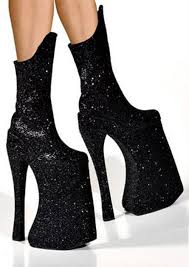 I guess the bigger question is, are they even "wearable?" Could anyone walk in these, or even stand in them? 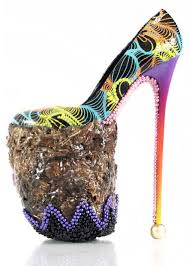 One model admitted that she couldn't really "stand up" in her new heels and had to be carried around at a photo shoot.  If she had to be carried at a photo shoot, how could she ever wear them in the real world? The "objects" on the model's feet in the next photograph, don't really bear much resemblance to shoes, do they? I can't imagine her standing or walking in them. 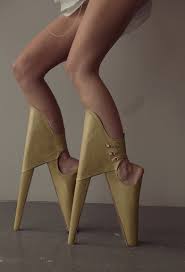 You'd think we would have progressed from the days when Asian women bound their feet. 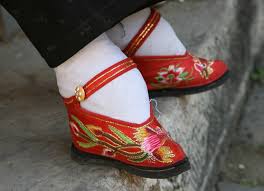 I'm glad Kristen Stewart made a statement by walking barefoot in Cannes. Will it have any lasting effect on designers and their ridiculous creations? No idea, but at least she tried.