Look Up! You May Be Able to Spot the Space Station 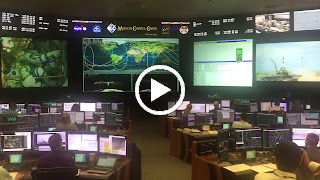 
NASA Astronaut daughter Serena blasted off on a Russian rocket last Wednesday bound for the International Space Station---ISS.  Her two crew mates who shared the Soyuz capsule with her are Russian Cosmonaut Kasparov and European Space Agency---ESA---scientist Gerst from Germany. 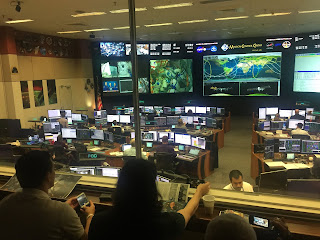 I watched the launch from the NASA viewing room up above the main floor where rows and rows of computers and NASA scientists and engineers sit.  We've all seen that room on our TV screens at home whenever there's news from NASA.  Two days later, all of the family and friends of Serena gathered again to watch the hatch opening between of the ISS and the Soyuz.  That's when Serena and crew mates floated from the Soyuz into the ISS.  It's fascinating to watch the new crew and the 3-man crew who were already on the ISS to watch the weightless movements.