Not going to mince words here, I am one UNHAPPY woman. My cats died 12 days apart in March. I've had a hard time getting back into writing after a long SAD winter. My mother has been gone now for three years and sixteen days. I'm friggin' SAD.

Which is why I've been singing happy songs. I used to have a really good singing voice. (No brag, just fact.) Kinda alto, but I could stretch to soprano if I had to. Today? Not so much, but that hasn't stopped me from singing -- especially in the kitchen and the car ... mostly when I'm alone. (Mr. L has never complained, but I remember my nieces complaining when my Mum used to sing.  "Please, Gramma, don't sing 'Animal Crackers' anymore." Mum was a HUGE Shirley Temple fan. : )

Lately, and especially when I'm making breakfast, I have been singing happy songs. The thing is ... they are not the songs of my generation. Nope. Maybe that's because ... really, how many happy songs can I remember from my favorite singers? ("I Can't Live if Living Is Wiithout You.")

Singing in the Rain. 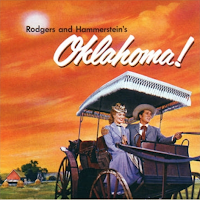 Mind you, I have NEVER seen the movie. Nope, not once.  But I did grow up singing to Broadway musicals and I can't say I've ever seen any of them, either.  But my mother had all the records. Carousel, My Fair Lady (it was cool to sing along with Rex Harrison and get to say "Damn, damn, damn, damn, DAMN!" Wasn't allowed to say it otherwise), Oklahoma, South Pacific, Gigi, and OMG -- West Side Story and Funny Girl. And my parents played records by Frank Sinatra, Ella Fitzgerald, Tony Bennett, Mel Torme, Dean Martin, Bobby Darin, and lots more. 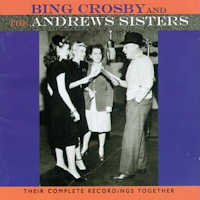 I have a few Bing Crosby CDs and it's been a while since I listened to them, but I'm very fond of him, too. (From the 1940s. And I bought them on my own--because I don't remember my parents ever having those records.) My favorite is a compilition with the Andrews Sisters.

But where did my fascination with "Singing In The Rain" come from?

Well, that was from a more contemporaty song. 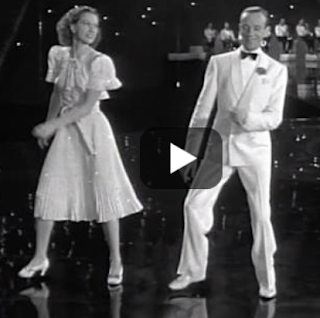 I really, REALLY love "Uptown Funk."  The thing is, the first time I heard it I knew that it would have been a song that my Dad would have LOVED. He didn't seem to have any kind of prejudice toward new stuff, even though he was in his 80s.

And when I saw the mash-up featuring dancers from the 1940s and 1950s, that's when I saw Gene Kelly dancing to "Singing in the Rain" and "Good Morning."  Yeah, if you haven't seen it, you have been missing something great.  (So go watch it now.)

If that doesn't make you smile, I don't know what will.