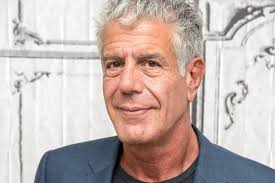 Like his fans everywhere, I was shocked and saddened by Anthony Bourdain's tragic death. He was 61 and had accomplished so much from his humble beginnings as a dishwasher in Hell's Kitchen.  He said his two years as a dishwasher taught him more about life than any other job he'd ever had.

He was a man of contradictions. The fact is, he wasn't as rough around the edges as he pretended. He went to Vassar, wrote for The New Yorker and could speak knowledgeably about art, history and politics. And of course, travel and food, his two passions. To Bourdain, food was a way of learning about a foreign culture. He always said that if you went to Paris and ate at McDonald's, there was something wrong with you. 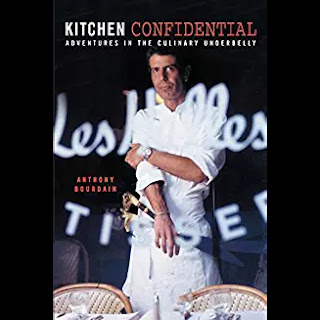 I read KITCHEN CONFIDENTIAL and loved the behind the scenes look at the restaurant business. The book was inspired by a piece he'd written for The New Yorker, a piece that had generated some controversy. He revealed some inside "secrets" he shared with his readers. For example, he advised never ordering fish on Monday in a restaurant. It wouldn't be fresh and would have been stored in the freezer over the weekend. 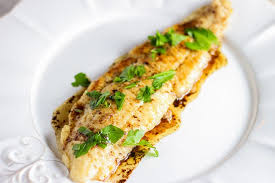 And he also drew the ire of restauranteurs went he disclosed that the roll basket "had probably been recycled."  They weren't fresh rolls delivered to your table; they'd been picked over by other diners. 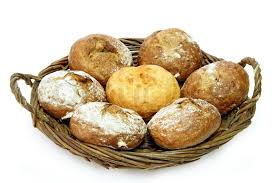 He often said that he had "the best job in the world." The success of Kitchen Confidential had launched him into stardom at age 44 with the wildly popular Anthony Bourdain: Parts Unknown television show and he had fans around the globe. 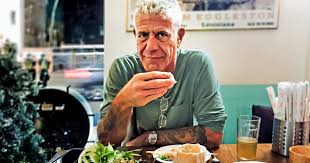 I was always impressed at how relaxed and personable he was on camera. He could talk to celeb chefs like Nigella Lawson and Eric Ripert as well as a poor mother of five in Cuba and even Barack Obama in a noodle house in Hanoi. The talk ventured beyond food and covered culture, philosophy, art, history and politics. Anthony Bourdain was genuinely interested in everyone he chatted with and wanted to know about their lives.  He was witty, relaxed, genuine and articulate. And never self-important. His self-deprecating humor was part of his charm.

He had a full life, but he was exhausted. He traveled 250 days of the year, which took a tremendous toll on his body and spirit. The workload was grueling, but he wasn't ready to retire.

There is no explanation for why he took his life and the tragedy will live on for his friends, family, fans and those who loved him. Anthony Bourdain will be remembered as a brilliant raconteur and he will be missed.