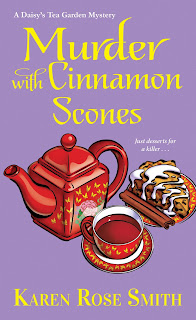 You are invited to a Facebook launch party for MURDER WITH CINNAMON SCONES! 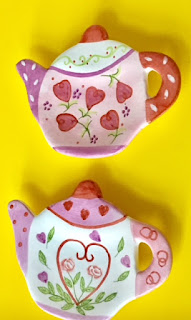 When I have a mystery book release I enjoy celebrating with my readers.  For the release of MURDER WITH CINNAMON SCONES on May 29, I have planned an all day chat and prize giveaway as well as a fast-paced virtual party from 7-9 p.m. 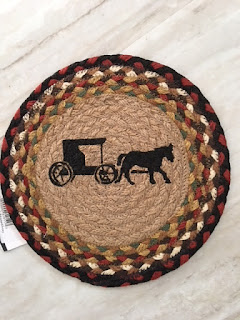 Here are a few of my giveaways for the launch party which have an Amish theme. 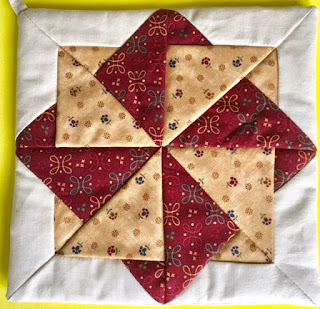 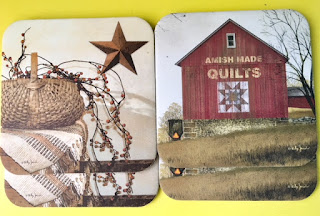 Here’s a preview of MURDER WITH CINNAMON SCONES (which includes a recipe for the scones):

Daisy Swanson and her Aunt Iris run a delightful shop in Pennsylvania’s Amish country with an emphasis on tasty teas and treats—but murder is not so sweet . . . As local merchants unite to attract tourists for a much anticipated weekend quilting event, business is sure to spill over into eateries like Daisy’s Tea Garden. Gorgeous craftwork is hanging everywhere—but among the quilts, potholders, and placemats, one gallery owner is wrapped up in some dangerous affairs . . . Reese Masemer had been dating one of Daisy’s employees, Tessa, an artist, though their last interaction was as strained as a cup of loose leaf tea. Now Reese has been found dead near a covered bridge where Tessa’s been practicing her sketches. She’s the obvious suspect, but Daisy’s learning that there were some major secrets in Reese’s background, and several of his relationships were infused with resentment. To save Tessa, she’ll have to find out who’s tainted this quaint little town with murder . . .

MURDER WITH CINNAMON SCONES on Amazon

MURDER WITH CINNAMON SCONES on Barnes and Noble
Posted by KRS at 1:00 AM