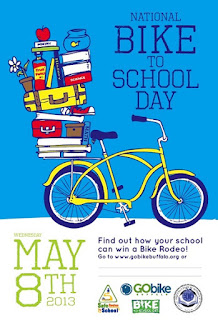 National Bike to School Day. I was surprised to see this in that I didn’t think kids rode their bikes to school these days. I think it’s a great idea! Start the day with exercise and fresh air and trying to race your buddy. What’s more fun than that.


I lived about two miles from school and walked every day till about the sixth grade when the parents finally figured I could ride to school and arrive in one piece. 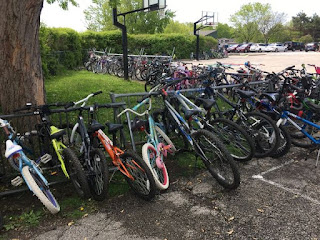 These were the days of no helmets so no helmet hair. That was nice but still the hair looked like it was combed with an eggbeater by the time I got there. At first I didn’t care, I just loved the idea of riding my bike to school and getting there so much quicker. But then as the sixth grade wore on I realized I really didn’t like looking a mess so that meant a fix it job once I got to school. And of course I’d discovered boys and wanted to look nice. 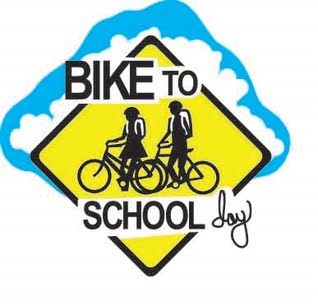 But even this didn’t deter my love for riding my bike to school. I can still remember that bike. It was blue and I loved it. I named her Gretchen after some book character that I can’t think of right now but that bike was my ticked to more than getting to school fast it was my ticket to freedom. With a bike you can go so many places!
The big problems was then and is now is the traffic. Now people are getting into the bike thing and there are bike paths! My daughter in NYC rides all over the city on her bike scaring the heck out of me. But she says the city is loaded with bike paths to make it much safer.
So my question to you today is… Did you ride your bike to school? Do your kids? Do you have bike paths in your neighborhood?
Keep on peddling.
Hugs, Duffy
Posted by Duffy Brown at 7:48 AM