Life is short ... so should I eat a pound of chocolates?

During January, I became my brother's diet buddy. He was having a tough time and needed a little encouragement.  I needed to lose some weight, too.  So I lost 9 pounds and then plateaued.  (He lost 15, plateaued -- and then he regained it.) I got on the scale today, and those nine pounds (which I learned from a Ted talk, you lose by exhaling CO2, unfortunately--eating less and doing more is also part of that equation. Rats) are still gone. 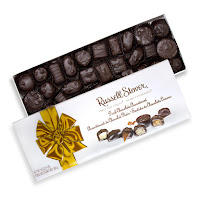 Okay, that's not to say that I haven't had a couple of relapses. In fact, I had Easter candy.  Um ... included in the Easter candy was a l pound box of Russell Stover (dark chocolates--with nuts and caramels. Yum!)  Um ... I ate it. The entire box. I didn't share. And I gained six pounds. (How can you eat one pound of something and gain SIX???)

I have been PINING to bake. NO WAY. You gained SIX Pounds by pounding chocolate!!!  You know what six pounds looks like? 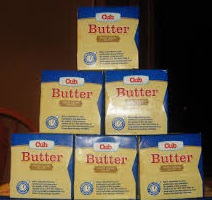 I will say that because of the guilt (and boy, was there a LOT OF IT), I hopped right back on the diet and have lost those six pounds. (Whew! I was really sweating that.) That tells you the power of the Zero Point Weight Watchers diet. (Of course, it gets pretty boring, but ...) 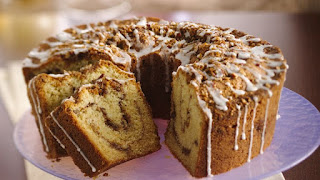 Anyway, back to baking. I've been thinking about homemade coffee cake.  And muffins. A LOT.  I have this urge to BAKE.  To smell some wonderful aroma coming out of my oven, filling my house, lifting me off my feet....

But there's the spectre of WEIGHT GAIN. So ... I haven't done anything.  I mentioned it on my Facebook Group page and one of my readers told me, "Life is short. Bake the cake."

And then my brother called me the other day and said, "Hey, Dr. X's husband dropped dead."   Back back in February, she told me about him. That she nagged her husband to exercise more ... and now he was gone. Hmmm.  Did he pass because he exercised too much, or did she nag him too much?

If he'd had a chance just before the last minute, would he have said, "I shouldn't have had that bagel for breakfast" or cake, or a cookie .. or a one pound box of Russell Stover. 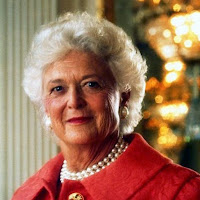 Former First Lady Barbara Bush passed away earlier in the week. One of her most frequently quoted remarks was this:

“At the end of your life, you will never regret not having passed one more test, not winning one more verdict or not closing one more deal. You will regret time not spent with a husband, a friend, a child, or a parent.”

I'm betting she would say, "Have a piece of cake, Lorraine."

Life is short. Cake can be a treat ... (and I'm planning on freezing most of that cake and/or muffins ... so I'm not tempted). And ... Zero Points Weight Watchers has worked for me.

Would you bake the cake?


Posted by Lorraine Bartlett at 7:15 AM