A trip to Mackinac Island

Bikes, brides and bad guys make for a police chief on the run and murder and mayhem on Mackinac Island. 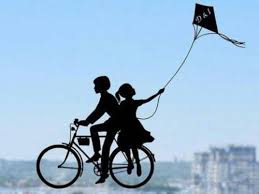 Nate Sutter is the police chief on Mackinac Island and once-upon-a-time Detroit under cover cop as a wedding planner of all things. He’s hiding out on the island from some badass guys who think he stole money from them in their money laundering wedding business. Now they’re headed to the island to get their loot. 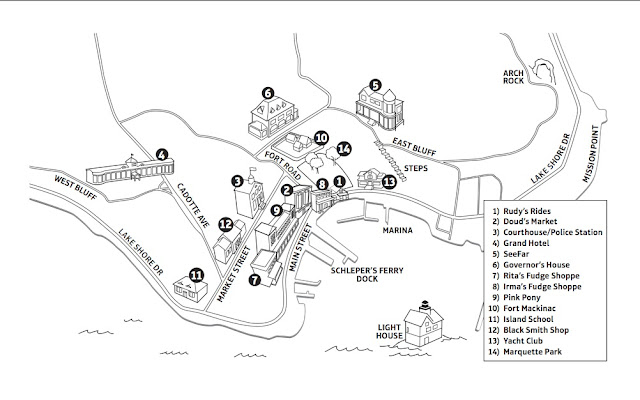 Hi, Nate Sutter here all the way from Mackinac Island located where Lake Michigan meets Lake Huron. It’s the place of no cars with only bikes and horses to get around. Yes, this island really exists just ask the million folks who visit each year. We locals call them fudgies ‘cause of all the Mackinac Island fudge they buy.

Now what’s the day like around here? Usually it’s tourists and dodging horse carriages and bikes but not lately, least not for me.

After solving two murders along with bike shop owner Evie Bloomfield we thought life would settle into boredom. Then I found out that my past was catching up with me. You see, I’m now the local police chief but I used to be an undercover cop back in Detroit. This morning I just happened to stumble across a body at the end of the pier. And how does this body connect to me? Well, it’s clutching a Champagne bottle. My house as been ransacked and the message of you’re nextspray pained on the wall so I know these guys mean business

I’m on the run from some badass guys who think I stole money from them in their money laundering wedding business. Now I think they’re headed to the island to get their loot that they think I have but don’t. Not only that but Evie is determined to help me and I’m hellbent on not letting her. It’s just too dangerous. 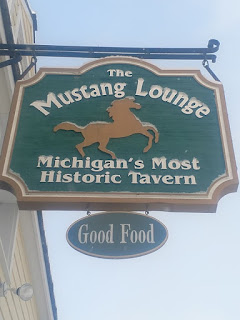 My best bet is to hide out till I can figure out what’s going on around here and who these guys are. I’ve got a few options for hiding but an island is an island and eight miles isn’t all that big. I can hide out at the Grand Hotel. It’s huge and I have friends and they can find me someplace to stay.

Or maybe I’ll hide out in the sheriff’s office. I know how to get in and out without being seen. I can’t just leave the island, I need to get the bad guys before they get me.

Wish me luck in figuring out who the badasses are before they get to me. Mackinac is an island and ditching my body would be no problem at all.