Do You Remember Camelot? 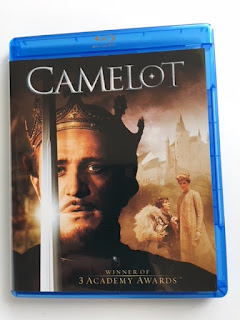 Do you remember Camelot?

Camelot is probably the one movie that became the basis of my writing style. At its core, Camelot is an emotional tale based on myth and legend about a woman who falls in love with two men who are very different.  One love is all about the head and heart—Guinevere does love the king. Theirs was an arranged marriage.  Her other love with Lancelot is all about heart and passion.

Love, conflict and a wrenching ending. True, I aim to provide a happy ending whether I write mystery novels or romances. But unlike other favorite movies, I can watch Camelot over and over.  Maybe I expect the ending to change! Maybe each time I watch it, I rewrite the ending in my head. 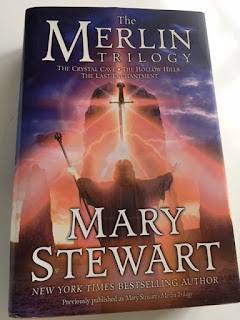 The musical by Lerner (book and lyrics) and Loewe (music), hit Broadway in 1960.  It won four Tony Awards.  The movie was released in 1967 and became associated with the Kennedy administration—the Camelot era.  The movie won 3 Academy Awards and the soundtrack was a top selling LP.  I watched the play several times as a young girl--the production developed by Little Theatre groups.  When the movie was released, I watched it several times.  In college, I played the vinyl album whenever I was in my dorm room.

The conflict in Camelot underlies some of my conflicts in mysteries today.  My sleuth has to choose between two men. Family relationships that become motives for murder can be at the bottom of figuring out the puzzle of the case.

Yes, I have the DVD of Camelot and never tire of the story or the music.  After all, Camelot is a magical place where it only rains after sundown, where a king has a wizard as a childhood mentor, where love is a force used for right.

Do you recognize this actress and actor? 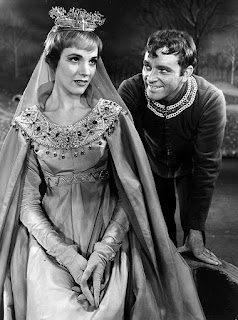