What Kind Of Mixer Is Your Favorite? 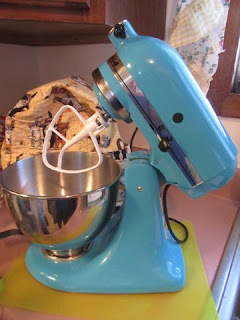 I'll admit it.  I don't like change.  But when my thirty year old Sunbeam mixer stopped working, I had to replace it.  My mom had a Kitchen Aid mixer specifically for bread making.  But it was so heavy that my dad had to be around to lift the head, etc.  Did I really want to look at Kitchen Aids after using a Sunbeam for so many years?

My chief complaint with the Sunbeam had always been its hard work for cookie making.  Once I added all the flour, it struggled to finish.  But I really appreciated the Sunbeam bowl.  It was wide enough that adding ingredients during mixing a recipe was easy.  The Kitchen Aid bowls looked difficult.  (I watch several cooking shows and they all use them.) 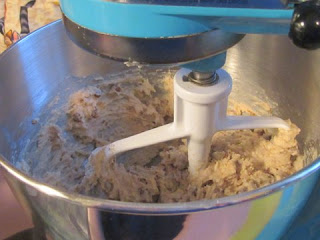 With arthritis and fibromyalgia, I was worried about lifting the head on the Kitchen Aid.  But I decided to try one with a four quart bowl.  And let's face it, since my favorite color is turquoise, that color sold it! 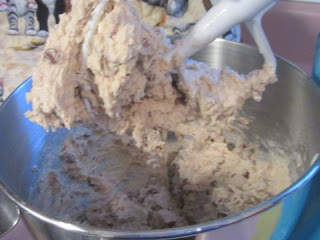 It took me a few months to get used to the differences.  The deep bowl was the major one.  It had a collar to prevent flour puffing up but I definitely couldn't make that work.  So I learned how to add flour.  Slowly.  What I liked immediately was the lowest speed that let me mix dry ingredients.  The head of the mixer is heavier than I was used to, but it has a smooth glide up.  No matter what batter I'm mixing, the paddle sweeps it all from the depths of the bowl.  For ease in moving the mixer, I set it on a silicone cutting pad that I can easily slide in whatever position I need it. 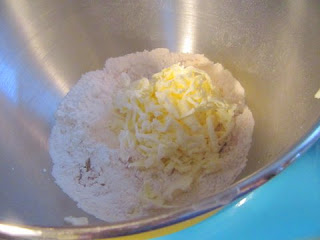 What I appreciate most about the Kitchen Aid is that I can now mix recipes that I used to have to knead or mix by hand.  The many attachments make even creaming butter a snap.  In the past, I've mixed scone batter by hand.  But I decided to try a new recipe for my second Daisy's Tea Garden mystery in the mixer.  It worked beautifully.

It took me a little while to perfect my technique (translated--not puffing flour everywhere) but now I wouldn't trade my Kitchen Aid for any other mixer. 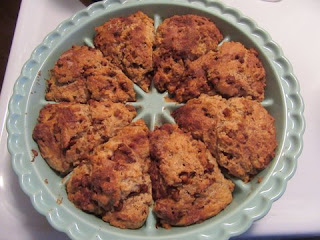 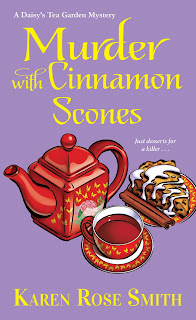