Parting with the written word

When I was growing up, my parents subscribed to two newspapers and lots of magazines, and there were bookshelves FULL of wonderful books to dip into. There was always something to read. (Sadly, my brothers didn't take to reading as much as me.)

During high school, I did a lot of extra credit "reading" projects. I would take a couple of magazines with me on babysitting gigs, read them, and then summarize the articles. No wonder I always got an A in English class. I mean, once the kids were in bed I'd be sitting there for hours with nothing to do but read the magazines. (This was in the days before a million TV channels on cable.)

My Mum was a bit of a packrat (which explains why it took me nearly a year to clear out her house), and one of the things she kept was magazines. Is it any wonder I do the same?  But I've been watching all these organization videos on Youtube (like At Home with Nikki and the Messy Minimalist) and one thing they all stress is "magazines have gotta go!" Man, they're ruthless about it! 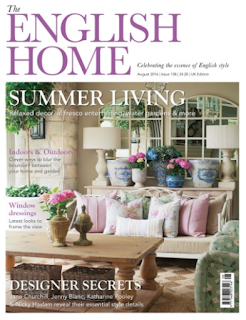 I mostly collect--er, read home decorating magazines. I currently get English Home, Romantic Homes, Victoria, This Old House, HGTV, Food Network, and Women's World. I used to get a LOT more. Mum used to love to visit Barnes and Noble and their magazine section because she could get a lot of different English magazines.  (My Mum and Dad both came from England.) After she'd read them, she passed them on to me. And because they were so expensive ($8 or $9 each) it felt terrible to throw them away. So I kept them. And kept them. And kept them. Along with most of the other magazines.

Mind you, I wasn't the only one hoarding magazines. When we moved here, we also moved in boxes and boxes of National Geographic that Mr. L had been saving since his first issue. But one year for Christmas, my mother gave me a CD boxed set of all the National Geos from day one until present and Mr. L said, "I can part with the paper copies."  And he did. And now he reads them and puts them in the recycle bin. Um, it's taken me another ten years to get that far.

But, I'm on this purging kick, so last week I started looking at the old issues of these piles and piles of magazines, determined to pull out the articles and recipes that interested me and chuck the rest. A funny thing happened. I wasn't pulling out all that many articles. Why? Because during the intervening years, my taste in home decorating had changed. Suddenly the recycle bin was FULL of just magazines. (And boy are they heavy to haul down to the end of the driveway for the recycling truck.) 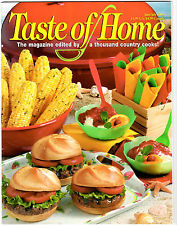 There are keepers. I'm not giving up my old copies of Taste of Home magazine. We're talking the years before Readers Digest bought them out. When they were charming. I do have most of the yearbooks of recipes, but I enjoy re-reading the articles. (Um, I have two sets of those. Here and at our cottage.)  So far, I've been unable to part with Victoria magazine--the original version, and the reborn version, which are still very good. But the Teatime, Country Almanacs, and other magazines are history. And I've been able to part with most of the English magazines, too.

Now that those shelves are almost empty, I can put more of my Mum's cookbooks away. They've been sitting on the floor in the living room for more than a year because ... SURPRISE! I find it very hard to part with books, too.  (Hey, I'm an author. I know how much work goes into them!)

Mr. L was quite pleased when I first got on this purging kick. But recently he's hollered, "STOP CLEANING! Go write something."  And so ... this blog post.

What's piling up in your home that you find hard to part with?
Posted by Lorraine Bartlett at 6:44 AM