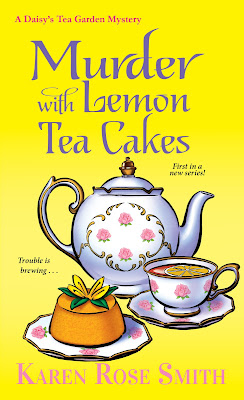 In an old Victorian in the heart of Pennsylvania’s Amish country, Daisy Swanson and her aunt Iris serve soups, scones, and soothing teas to tourists and locals—but a murder in their garden has them in hot water . . .

I am excited to announce the release of a new cozy mystery series from Kensington Books.  Daisy's Tea Garden Mysteries begin with the publication of MURDER WITH LEMON TEA CAKES this week. Daisy's Tea Garden, a Victorian house in downtown Willow Creek, has become a town gathering place.  Daisy and her Aunt Iris are the proprietors. 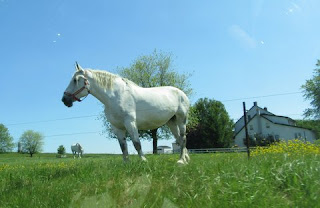 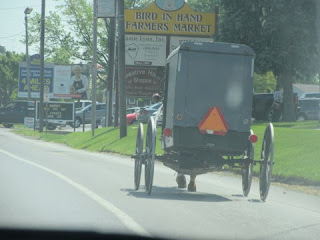 I created the fictional town of Willow Creek and located it in beautiful Lancaster County, Pennsylvania, with its Amish buggies, manicured gardens, fertile farms, hex signs on barns, delicious baked goods and home-grown food, handcrafted quilts and cottage industries. This area embodied all the feelings that I want my readers to have when enjoying DAISY’S TEA GARDEN Mysteries—a strong sense of home, belonging, friendship and warmth.  Setting the series in a small town in Lancaster County was taking a step back in time to when values, home and hearth mattered.

My sleuth, Daisy Swanson, is a widow with two teenage daughters—Violet (aka Vi) and Jasmine (aka Jazzi).  Daisy’s mother Rose named her two daughters Daisy and Camellia. Rose’s sister’s name is Iris. Flower names are a family tradition. Since Daisy likes to garden, she followed the tradition. By the way, Daisy and her daughters adopted two cats—Marjoram and Pepper!

Daisy and her daughters live in a renovated barn which she transformed into a unique home when she returned to the area after her husband's untimely death.

I hope you enjoy the new series and add this new cast of characters to your list of cozy mystery favorites.

Daisy, a widowed mom of two teenagers, is used to feeling protective—so when Iris started dating the wealthy and not-quite-divorced Harvey Fitz, she worried . . . especially after his bitter ex stormed in and caused a scene at the party Daisy’s Tea Garden was catering. Then there was the gossip she overheard about Harvey’s grown children being cut out of his will. Daisy didn’t want her aunt to wind up with a broken heart—but she never expected Iris to wind up a suspect in Harvey’s murder.

Now the apple bread and orange pekoe is on the back burner while the cops treat the shop like a crime scene—and Daisy hopes that Jonas Groft, a former detective from Philadelphia, can help her clear her aunt’s name and bag the real killer before things boil over . . .