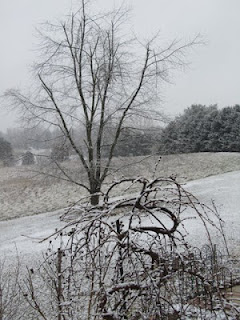 Just what do those words mean to you?

For me they invoke feelings...so many feelings. 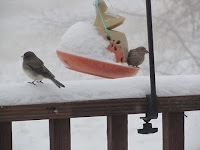 When I was in kindergarten, more eons ago than you probably remember, there was an evening social for parents, kids and teachers.  What stands out in my memory is one of the parents--a man as smooth a singer as Bing Crosby or Michael Buble--singing White Christmas. That was my first memory of the song, one that became a ballad to listen to every Christmas.

White Christmas also calls up childhood memories when I wished for snow on Christmas Eve.  Why?  Because that pristine white conveyed the message that something awesome was about to happen.  Family lived close and snow simply meant putting chains on the tires to get where we wanted to go.  Snow meant that maybe on Christmas Day after dinner me and my cousins could build a snowman.

Moving forward a bit, I wished for a little snow on Christmas Eve but not much because my parents wouldn't be able to drive to our house to watch our son open his presents or listen to him chatter about Santa eating the cookies he left out for St. Nick the night before.  White Christmas evokes recollections of Christmas concerts, carol sings and midnight Mass. 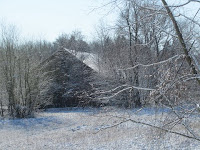 Now...  White Christmas means watching the movie at least once in the days leading up to the holiday, tearing up at those last scenes when the generals' men stand to acknowledge him, when the romances end the way they were meant to.  It means baking cookies and breads like my mom and grandma used to.  But the words "white Christmas" also mean family having problems flying, delays, a possible postponement of holiday celebrations with friends who drive farther than the next neighborhood.  Nevertheless, every year we adjust.  This year we might have to use Skype.  Even so--

Share your "White Christmas" memories and have a wonderful holiday.