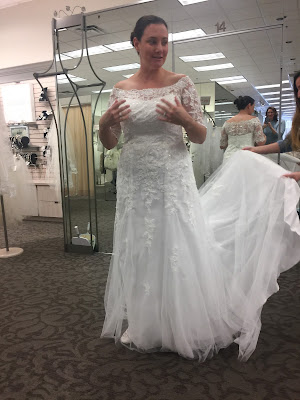 Cozy Chicks Blog devoted readers and fans will remember, no doubt, all of the bridal gown fittings and photos of daughter Serena's wedding preparations and her beautiful wedding in the Texas Hill Country nearly four years ago.  So, I sincerely hope you folks won't be bored because Mother of the Bride Maggie is at it again. 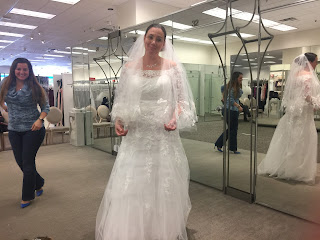 This time, the bride is my youngest daughter Maria---the former Naval Officer who served in four Hazardous Duty tours during the ten years she was on active duty.  On the USS Kitty Hawk aircraft carrier for two years in the Persian Gulf and Operation Iraqi Freedom.  On land, in Basra, Iraq and again in Baghdad and also in Afghanistan as well as central command CENTCOM. 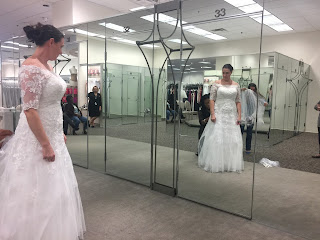 Back in 2009, Maria switched from active duty to full-time Defense Department stateside duty, and all of us in the family were quite happy when that shift was made.  During those long years, Maria developed many good friendships with fellow Defense Department co-workers.
And last year, she became engaged to one of these wonderful co-workers, John.  Their wedding will be on December 30th in Washington, D.C.  And, of course, I will have several posts leading up to that event.  :) 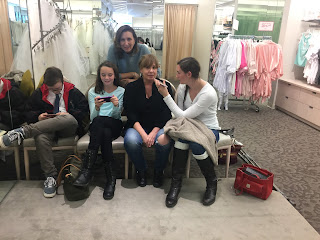 But for today, I'm simply going to post several photos of Maria in her beautiful wedding gown which all the family gathered to see during her gown fitting here in Northern Virginia last Friday.  You will see several other family members reflected in the large mirrors, so enjoy trying to figure out who they are.  :) 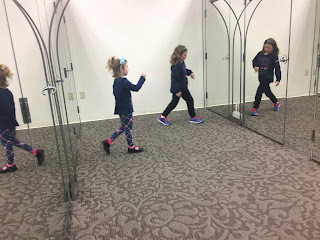