I should be doing something else

When a writer has a contract for a book/series, that book/series must comes first.

I'm a hybrid author. That means I write for a traditional publishing house, and for myself. I have (rather vague) plans for what I should be doing in my "down time." I handed in my latest Booktown Mystery last month, and thought I'd be well underway with the next Lotus Bay Mystery. (Well, I have two chapters down and a lot of notes...but that's it so far.) 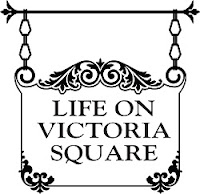 Instead, I wrote another Life On Victoria Square story. (I'll talk about that tomorrow in my spotlight feature.) Good, now I'll be able to write Lotus Bay (and percolate ideas for the next Jeff Resnick book, which I want to start in January).

But ... then I started thinking about Christmas. My Christmas present to myself is that I get to indulge in writing a Christmas story. Gayle Trent and I have done just that -- YULE BE DEAD, Victoria Square Mysteries #5 -- but that was over the summer and it's sitting in a file up in the Cloud waiting for the final polish, and I'm going to do that next month. But for the past few years, I've let myself write a Christmas story just for the fun of it. And that's what I'm doing now.

I'm writing about characters from my Jeff Resnick Mysteries: Jeff's brother Richard, and his wife Brenda, and their first Christmas together.f It doesn't fit in the series. It doesn't even fit in the companion series, Jeff Resnick's Personal Files. What am I going to do with it? 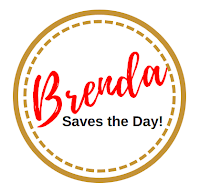 What I would like to do is have yet another companion series: BRENDA Saves the Day!

Ideally, it would be a series of funny stories. There's just one problem with that. I don't write funny. I can write "amusing," but funny? That's just not my forte. You want funny? Read Mary Kennedy's Talk Radio Mysteries. They're laugh-out-loud funny.

So what am I going to do with this story? I don't know. I haven't written that much. In fact, I started writing it from Richard's point of view and then decided it wasn't work, so I rewrote what I had from Brenda's POV. I'm not sure where it's going, but I'll have fun along the way, even if it isn't a funny story.

The best part is ... it gets me in a Christmasy mood. Yeah, yeah, we've got six weeks to go, but this is a fat-free indulgence and it makes me happy.

What do you do that makes you happy? (And it doesn't have to be fat-free, either.)
Posted by Lorraine Bartlett at 7:00 AM