Close to Home and Outer Space 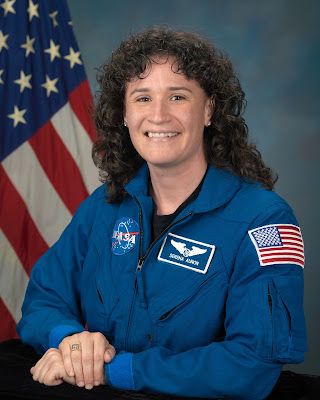 I'm pretty sure I gave a shout-out to all Cozy Chicks Blog readers and followers several months ago when my daughter Serena received what I call her "ticket to ride."  Apologies to the original Beatles.  Serena is a Doctor of Internal Medicine and is with NASA.  She's also a NASA Astronaut.  Early this year she finally got the "word" from NASA that she will be going up to the International Space Station on NASA Expedition 58 and 59 which is scheduled for launch in  November 2018.   She will then reside in the ISS with her fellow astronauts for six months.