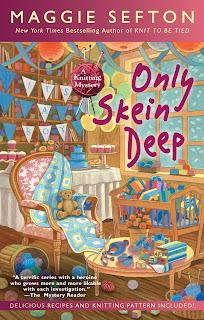 Since my photo system is having strange problems tonight, I'll have to wait until next week to provide photos of the brazen squirrels that rule my front and back yards here in Fort Collins, Colorado.

Instead, I'll give a quick update on Kelly Flynn #16, which is the Kelly Flynn mystery I'm writing now. This book will be published in June of next year 2018.  As part of the storyline I decided to give a brief overview of several of the Kelly Flynn mysteries that appeared during the previous years.  Believe me, that brought back tons of memories.  Kelly and friends have had lots of stories and lots of murder mysteries to solve over these past several years.  We've had evil cowboys who poisoned Carl and even cut Kelly's brakes right before she was going to drive out of the steep Bellevue Canyon. Even scheming seamstresses who held grudges.

And the characters themselves have also gone through lots of changes.  Relationships have developed, changed, and permanently altered the lives of the entire Kelly Flynn cast.   This past June's Kelly Flynn mystery, ONLY SKEIN DEEP, brought one of the biggest changes of all----the birth of Kelly's and Steve's baby boy, Jack.  That was a fun story to write.  :)
Posted by Maggie Sefton at 12:06 AM