When your neighbor moves ... 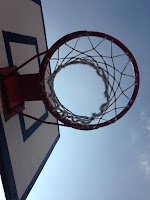 We moved into our home 24 years ago. At that time, the next-door neighbors had teenage boys. In the summer, they would be out in the driveway from about seven in the evening (along with a host of their friends) until after midnight playing basketball.  Okay, it's not that noisy a game, but back then we didn't have air conditioning, so we (who are early-to-bed early-to-rise people) would be kept awake with the doink, doink, doink of the basketball hitting the driveway right outside our bedroom window for hours (and hours and hours) on end.  (And you thought I had no idea about that until I wrote Shooting Hoops in my Jeff Resnick coming-of-age short story collection Evolution: Jeff Resnick's Backstory.)

Two years after we moved in, that family moved out--and the house was bought by a couple of empty-nesters who had relocated from down state when the husband got a job here in Rha-cha-cha. The wife moved her baby grand piano in and gave lessons for the the next twenty years. We often heard her (muffled, yet exceptional) playing.

They were very nice, if aloof (and so, admittedly, were we) neighbors. They had some odd habits, like Mr. N (for neighbor) would often cut his grass in November AFTER dark, in the driving snow.  Every year (except this one) they grew a number of tomato plants on the south side of their house, but never once harvested any. (What's with that?) They poured tons of toxic chemicals onto their grass, but often had the worst lawn on the street. (We have the second worst, but at least it's green--because I learned at an early age that poison on your grass causes cancer on your dog's feet, and any other animal (or bird) who walks across it or eats its bounty. 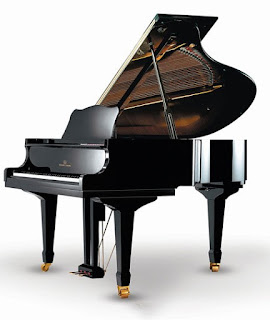 Two years ago, we noticed that Mrs. N was not looking well. Apparently she didn't go to the doctor for it wasn't until a year later that she was diagnosed with pancreatic cancer and three weeks later died. We were very sad. Never again would we see her cheerful smile. Never again would we hear her playing the piano. Mr. N told Mr. L (my guy) that he intended to sell the house and move back to where they came from (down state), but month after month went by and nothing happened, so we figured (and hoped) maybe he would stay.

And then Thursday, a moving van showed up and took away a bunch of furniture (probably for storage). Maybe their son (who had returned about 10 years ago) was going to finally move out on his own. But, no. Yesterday, late in the day, a FOR SALE sign went up in the yard.

Okay. So what does this mean? You never know what kind of neighbors you're going to get. And on a street like ours (where there are mostly retirees and its BLESSEDLY QUIET) you really hope it will be more quiet neighbors. I sold my mother's house last June (2016) and her neighbors were fearful, too. The older woman who bought it seemed like a very nice, quiet retired lady and her neighbors on both sides were happy. Until she decided to chop down every living thing around the house, exposing her neighbors not only to the people on the street behind them, but also to the noise on that very busy street--and the expressway another block away. Suddenly I'm persona non-grata for selling the house to a person who apparently didn't care if she was bombarded by noise from the east.

So, who will we get as neighbors?  I don't care what color or creed people are as long as they are QUIET! Will that happen?  We'll just have to wait to find out.

Do you have a neighbor-moving horror story?