The NOT So Inky Dinky Spider 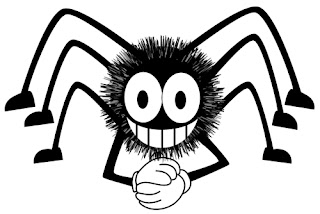 I loathe bugs. All bugs. I don't even like Lady Bugs, and they're cute. (Sometimes we have an invasion of them--and that's just icky.)

During the winter, I seem to kill a lot of white spiders that hang around my kitchen and I only notice when I'm about to make a pot of tea. It gets worse with spring and fall ande there's lots of screaming and the fly swatter gets hard use. (BTW, I never use poison to kill bugs. Just swats and my shoes.)

I've often referred to my family's summer cottage as "bug haven." Any time you're near water, there are sure to be BUGS--ad especially spiders. Some I can deal with. The very delicate Daddy Long Legs usually stay in the corners of the bathroom or the enclosed porch. If they don't bother, then I won't bother them.

Last weekend, scores of baby spiders hatched and I must have killed 20 or 30 of them that walked across my desk and/or computer screen. Never saw this before, but hope this means in the long run there will be for less of the little black-and-white spiders that seem to live in that room. (They usually stay away from me, too.)

Wednesday, while I was working on the computer, I saw a some kind of icky bug with an inch-long ant-like body with long brown wings get caught up in a web on the outside of my porch window. As I mentioned, I loathe bugs, but I felt sorry for that winged creature when Mr. Fat-bodied brown spider came out of nowhere and attacked said bug, wrapping it in a cocoon of webs. I looked away for a few seconds, but by the time I looked back, Mr. Spider had dragged his prey away for what he probably considered a delicious meal. (*Shudder*) 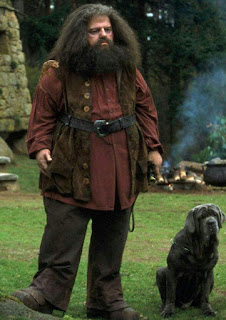 And then there are the fat, juicy-bodied black spiders who RUN-VERY-FAST. Not only do they RUN-VERY-FAST, but they have excellent hearing. Yesterday, I was busy editing the first draft of Victoria Square Mystery #5 (Yule Be Dead), when I spied a particularly HUGE--Hagrid-sized-- version of an icky black spider. I started screaming (Mr. L is glad not to be around when this happens) VERY LOUDLY, and Mr. Icky panicked while I was panicking. He was on the wall near my bookshelf, a particularly tricky area to get to. And while I was screaming and slapping at him with the swatter I keep in my office for just such emergencies, he escaped underneath the space between the baseboard and the carpet. I read where bugs (maybe even spiders) don't like vinegar water, so I grabbed my squirt bottle (which also lives in my office) and squirted the corner like crazy, disturbing a Daddy Long Legs I hadn't known was there. (It smelled like a pickle jar in there for several hours.)

I'm generally freaked out by all bugs. Hell, to me, would be to meet up with all the bugs I've killed over a lifetime and and be stuck with them crawling over me for eternity. *Extra BIG Shudder*

Anybody got a safe bug repellent recipe?


Posted by Lorraine Bartlett at 9:39 PM