EXCUSE ME, THERE'S A LLAMA SITTING IN MY SEAT! 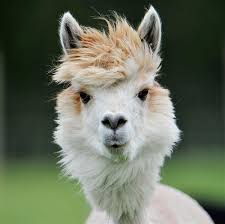 Yes, it's true. Someone actually brought a llama on board an airplane as a "emotional support" animal. Everyone knows I'm a big-time animal lover, (and I bet you are, too) but is this taking things a little too far?
It's long been established that dogs can be useful in lessening anxiety and panic attacks in their owners. I've seen how valuable they can be in hospital settings... 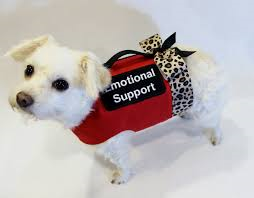 And even though it's less common, cats can be effective emotional support animals...here's a cat who has her own photo ID. 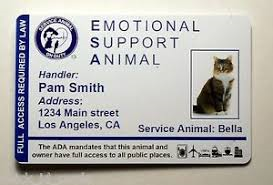 But the situation on airplanes has gotten a little bizarre. Recently a pot-bellied pig boarded a 6 hour flight to the coast with his owner and made life miserable for the flight attendants and fellow passengers.
This wasn't one of those "baby" pot bellied pigs that are quite cute, and about the size of a small dog... 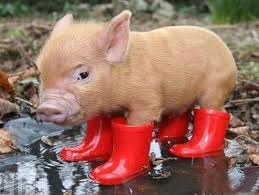 This was a large, fully grown beast who ran down the aisles, nearly upsetting the drinks cart, snuffling and snorting as he stopped to stick his head into open purses and stealing food off trays. The passengers were not amused! 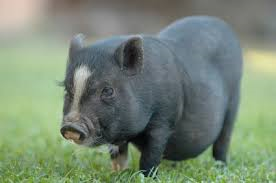 Other unusual emotional support animals have included a miniature pony... 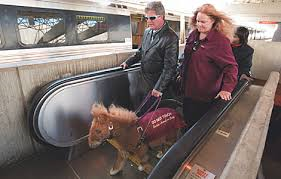 It seems like a cute idea, but the only place for him was the "bulkhead" seats, and he took up the entire row of three seats.  There was also a safety issue. What if there were an emergency? Can you imagine him going down the slide?   Would passengers be tripping over him in the aisle in their haste to escape? 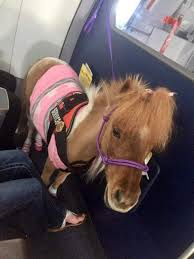 ﻿
A donkey has also flown...it's hard to know how much emotional support he offered.  He was very big, about the size of a small horse. (and again, there was a safety issue) 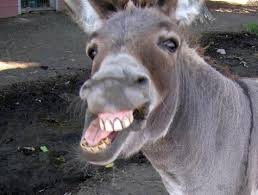 What do you think? Should emotional support animals be allowed to fly with their owners? Should the airlines limit their size (perhaps, one animal, no more than 20 pounds?) I'd love to know what you think!
By Mary Kennedy
﻿
Posted by Dr. Mary Kennedy at 12:00 AM