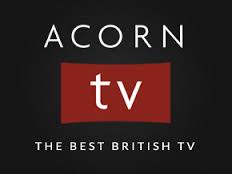 I just got Acorn. Acorn is not just a nut that falls off an oak tree but it’s like Netflix, a cable like thing you subscribe to. Best deal ever for $5 a month!! The reason I got it is that I just love the British mysteries! I’m totally addicted and have been since I was a kid. 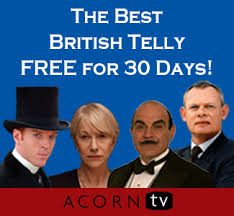 They didn’t have Acorn around then of course. Heck, when I was a kid color TV wasn’t even around, but there were British mysteries in books. I grew up on Sherlock, Agatha Christy, Periot, Miss Marple.

And now with Acorn there are these amazing mysteries I read as a kid in movie and TV form and I can watch them over and over and I do on a regular basis. 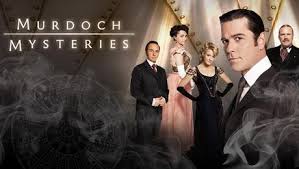 The Murdock Mysteries are amazing. The detective is also an inventor and there are historical figures that pop up in the series from time to time. We see Alexander Graham Bell, the Wright Brothers, Tesla...love Tesla, Sir Arthur Conon Doyle, even a character who thinks he’s Sherlock Holmes. He’s fantastic. 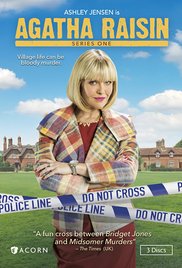 And then there’s Agatha Raisin, a contemporary mystery. Love Agatha! Mysteries set in England and Australia and Canada are like mini vacation to some place I’d love to visit and they are terrific mysteries.

I like the British mysteries better than American because they rely more on mystery and fantastic character development and less on special effects and sensationalism. 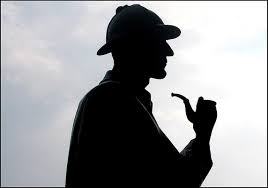 So what about you? Do you like the Brit form of mystery better than the US? Are you more a Sherlock fan than a CSI junkie? I just love Agatha Raisin, Murdock Mysteries, Miss Fisher Mysteries.
Posted by Duffy Brown at 8:06 AM