Spices and Herbs for Flavorful Cooking 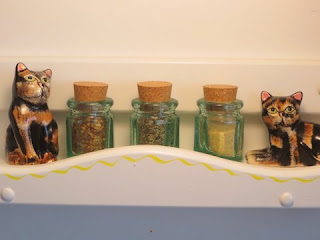 Since I come from an Italian background, oregano, salt and pepper along with fresh garlic and onion were the most common additions my mom, grandma and aunt used when cooking main dishes. What would lasagna and spaghetti be without garlic and oregano? 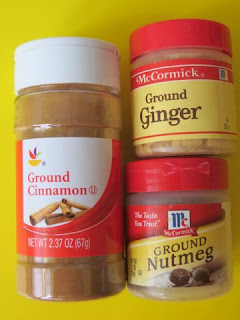 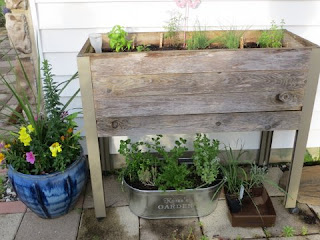 When I began cooking on my own, I experimented with herbs. I used oregano and basil the most because that's what I'd grown up with. My grandmother would grow basil and then in the fall collect and dry it. I began gardening late in life, but now an herb garden is a must. There's nothing better than a bundle of thyme, oregano and marjoram to drop into soup. (I tie them together with string. After the soup is done cooking, just pull out the bundle. You'll just have the stems and the leaves will be floating in the soup.) You can also find unusual herbs now such as pineapple sage and chocolate sage. 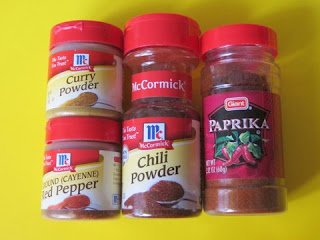 I'm less familiar with what I call spicey spices--chili, cumin, red pepper, cayenne pepper. But I use them more often than I used to. My family isn't fond of highly spicy seasoned food, but I can't make chili without chili powder and cumin! And I've found just a few red pepper flakes in minestrone soup give it a little kick. I put paprika in this category, although it isn't "hot." I use it more than the others in salads, on deviled eggs and even in scones. 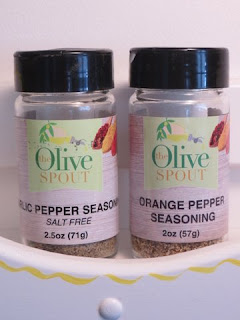 Last but not least are the mixed spices that I find at a store called the Olive Spout. They sell flavored olive oils and vinegars. (That's another blog.) My favorite spices that I use in most of my cooking are garlic/pepper and orange/pepper. Both are terrific topping meat and fish as well as shaking into soups. The best way to use herbs and spices is to experiment with them. Just a little at first to see if you like it. For instance, mix olive oil or melted butter with pineapple sage or lemon thyme, then rub the mixture on chicken.


What are your favorite herbs and spices?
Posted by KRS at 6:00 AM