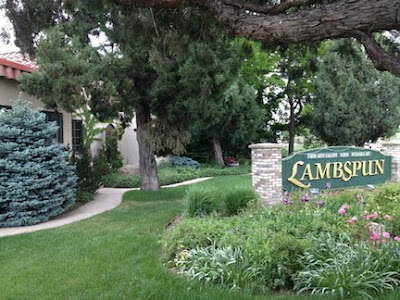 
Today I'm briefly spotlighting the beloved and familiar character of Mimi Shafer Parker, who is the owner of Kelly Flynn's favorite knitting shop in the Kelly Flynn Knitting Mysteries.

This is only a very brief glimpse from the upcoming Kelly Flynn mystery #15----ONLY SKEIN DEEP.  So, this will actually be a sneak peek because the book will not be released and in bookstores & online until this  coming June 2017.   In this scene, Mimi is encouraging Kelly to try some strong hot tea since she cannot have her regular high octane strong coffee.  :)  Burt Parker also makes an appearance, too.


“I’d be glad to get you a cup of strong black tea.  Extra strong and black.  You were able to enjoy that, I remember.”
“Enjoy is an exaggeration,” Kelly said, eyeing Mimi.  “I choked it down.”
“Okaaaaaay,” Mimi said.  “How about some milk?”
Kelly shook her head.  Not now.  It’ll make me sleepy.  I usually have some in the evening.”
“How about some almond milk or coconut milk instead?”
“Actually, those taste good but they’ll make me sleepy, too.  Everything seems to make me sleepy nowadays.”  Kelly reached inside her fabric knitting bag and pulled out the fiber project she’d just started.  A small baby hat made of azure blue and smoke gray yarns.”
“Well, let me go get some of that new Yorkshire tea I bought yesterday.  That’s definitely stronger than most teas you find in the grocery stores, so maybe that will taste better.”  Mimi pushed back her chair.
“It doesn’t have anything strange ingredients, does it?” Kelly asked.
“No, no.  Simply strong black tea.  I’ll make a half cup.  That way you can give it a try,” Mimi said as she walked away toward the café that adjoined Lambspun knitting shop.
Kelly had long ago given in to Mimi’s suggestions.  “Mother Mimi,” as Kelly and her friends called the sixtyish shop owner, had become a second mother to Kelly and her closest friends Jennifer, Megan, and Lisa.  Mimi’s only child, her son, had died in an awful accident many years ago.  He was a freshman at the local Colorado State University and had gone up into the neighboring Poudre Canyon to a friend’s house for a weekend party.  Unfortunately, several of the other college students were taking drugs, and Mimi’s son joined in.  He had a very bad experience and wandered away from the house into the surrounding mountainous terrain.  He fell to his death on a rocky ledge below.
Alone in the main knitting room, Kelly wasted no time in returning to her knitting project.  She picked up her stitches where she left off with the baby hat.  She wanted to have the hat finished before the baby came, and according to everyone, that could be anytime this month.  A May baby, she thought, as her fingers went through the familiar knitting movements.  A spring baby.  With luck, maybe she could play several softball games with her team before their season ended in the Fall.
That cheerful thought brought a smile as Kelly pictured herself slender again and running the bases under a sunny sky.  The shop’s entry doorbell tinkled while summer scenes filled her mind.  Taking the baby out to the games like Megan and Marty did with their baby Molly.  Perfect.
“Hello, Kelly.  How are you doing?”
Kelly turned to see retired Fort Connor police detective and Kelly’s mentor, Burt Parker, walk into the room.  “Hey, Burt.  I’m doing fine.  What have you been up to?”
Burt pulled out the chair beside Kelly.  “Errands, as usual.  Mimi had a list as long as my arm today, I swear.”  Burt chuckled.
Kelly smiled at her longtime mentor.  Once he and shop owner Mimi had married a few years ago, Burt was at the shop every day.  Kelly really enjoyed that since she’d lost her own father to lung cancer many years earlier.  “Face it, Burt.  You love staying busy and doing those errands.  Otherwise, I bet we’d see you here in the shop looking for stuff to do.”
“You’re right, Kelly.  There’re always things to do here.”  He leaned closer to Kelly’s belly.  “And how are you this morning, Baby Jack?”
“Oh, he’s been having a great time playing soccer.  I swear he scored several goals while I was trying to do my accounting this morning.”
Burt chuckled.  “Well, he’s probably anxious to come on out and meet us all.”
“Not until I finish his hat,” Kelly teased, holding up the baby hat.  There were only a few rows of blue and grey cotton yarn on the knitting needles.
“Well, I’m making sure that the car is filled with gas and ready to go,” Burt said.  “Just in case Baby Jack decides to come earlier rather than later.”
Mimi walked into the main room then, small mug in her hand.  “Here, you go, Kelly.  Half a cup of Yorkshire black tea.  Give it a try and see what you think.”  She set the mug on the table in front of Kelly.
Kelly gave them both a sardonic smile.  “Don’t either of you get your hopes up.  I haven’t liked any hot tea yet.”  She picked up the mug, blew on it, then took a small sip.  Kelly closed her eyes so she wouldn’t grimace.  Nothing tasted as good as her Beloved Extra Strong Black Coffee, but she had promised herself she’d give other things a try.  She swallowed the hot tea then tasted.
“Well, it’s not as awful as some of the other ones I’ve tried,” she said, screwing up her face.
Burt chuckled.  “Damning with faint praise.”
“So it’s not totally awful?” Mimi asked.
“But it’s still not what I’d call good.”
“We’ll take that, won’t we, Burt?” Mimi said with a smile.
“We will indeed,” Burt said.