Catching Up With Old Friends 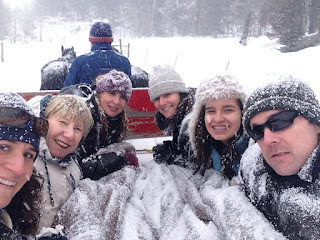 
Taken during a family Christmas visit to Fort Collins a few years ago.


Last night I met an old friend for dinner at one of our favorite restaurants, Jay's Bistro, here in Fort Collins.   The Kelly Flynn Mysteries are set in "Fort Connor, Colorado" which is based on Fort Collins, as most of the Cozy Chicks readers know.  I include that old favorite cafe in the Kelly Flynn books by referring to it as the "Jazz Bistro."


My friend, Diane Elizabeth, is finally returning to Fort Collins after several years in the Sacramento, California area.  We met here in Fort Collins at 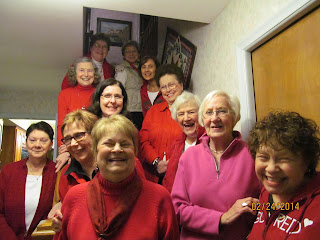 the Lambspun knitting shop many years ago and have been good friends ever since---enjoying dinners at various cafes around town.  Diane Elizabeth and I had something else in common other than fiber pursuits in that she had spent several years as a successful businesswoman in the Northern Virginia/Washington, DC area, my old hometown. 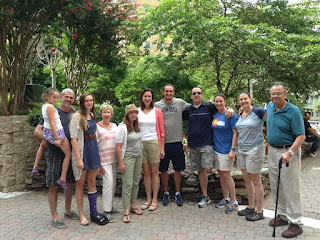 
Family---a daughter and three grandsons---have drawn my friend back to Fort Collins to stay.  I told her she's lucky.  I have to fly all the way back to Northern Virginia to see my four grandchildren.     That's why the Cozy Chicks Blog readers see me sending a post from Back East so frequently.  Family is important and so are Old Friends.  Do any of you have old friends that you make time to visit with regularly?

Posted by Maggie Sefton at 2:52 AM