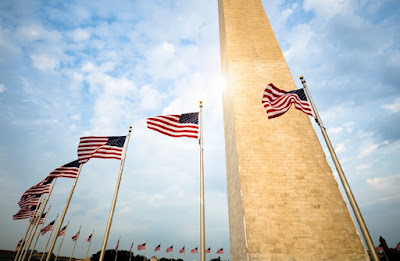 Yesterday,  Monday, was a holiday in honor of Dr. Martin Luther King, Jr.,  the famous Civil Rights leader who stood up during tumultuous times and made a difference in this country, especially during the dramatic decade of the 1960s.  I was beginning college in Washington, D.C. (my hometown area) during the time of Dr. King's famous Civil Rights March in Washington, D.C.  where he gave his "I have a dream speech."  I was working a summer job for the Federal Government right before starting college that Fall.

Well, guess what?  Dr. King's dramatic and history-making March on Washington took place and it was TOTALLY PEACEFUL.  Yes.  Totally peaceful.  And, it was a marvelous thing to watch take place on television.  And Dr. King's speech was mesmerizing.  We could tell we were watching History being made right then.  America was changing.  And we were watching it happen.

The Chinese have a saying, something like:  "May you live in interesting times."  Well, those of us Sixties kids certainly did live during and through Interesting Times, to be sure.  I'll say.  The entire decade of the Sixties was dramatic to say the least.  Interesting times. . .boy, were they ever.

Do any of you folks have memories of that period or the years following you would like to share?